Interested? Don’t miss the next article.
We love high-quality freebies. Over the last years we’ve featured a number of designers and developers who released their work for free — among other things we presented high-quality free fonts, free Wordpress themes, free wallpapers and, of course, free icons.

Every release helps to make the Web a nicer place which is why we support designers and challenge them to release something for free in order to be featured on Smashing Magazine. And the results are quite often pretty impressive. 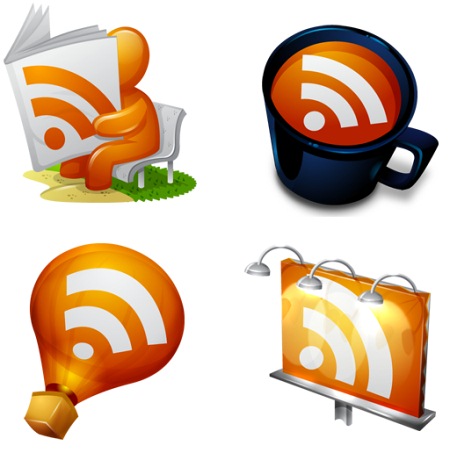 This icon set was designed by Dirceu Veiga from Brazil especially for Smashing Magazine as a gift for its readers.

You can use the icons for private and commercial projects, blogs and web-sites for free. However, please take a closer look at the license agreement — e.g. it’s forbidden to sell the icons and in order to use them, the designer asks for a backlink. 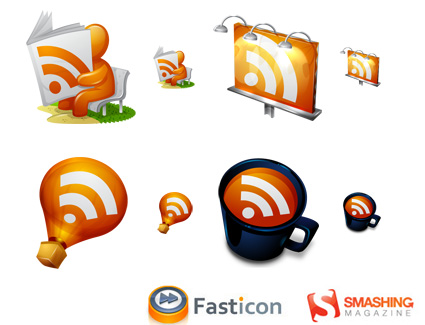 Motivation behind the design

Dirceu Veiga is the creative mind behind FastIcon. We’ve featured Dirceu’s icons in our previous posts and we’ve asked him to design a creative, funny and beautiful icon set for our readers. He agreed. Here are some insights from the designer himself:

Who has something to say naturally wants to be heard and in the Web the feed icon is one of the most important instruments to keep readers’ focus on what we are saying. But, does a feed really matter if no one subscribes to it? Right here lies the challenge for designers: how do you attract more subscribers for your feed?

Trying to help to solve that dilemma I decided to create more illustrative and flashy feed icons. FastIcon’s Smashing Feeds Set with 8 attractive icons certainty won’t pass unperceived in your site or weblog.

No, I’m not ignoring the several years of the effort of web-communities to establish the standard feed icon. And respecting that whole hard work I had the concern of maintaining the orange as a dominant color. Apart from orange, the most frequent color used in the set is gray, a neutral color. Thus I strongly believe that the icons will be as easily recognizable as standard feed icons.

I hope you’ll enjoy those icons.