Quick summary ↬ Twitter is the new big thing. With everybody from Britney Spears to Barack Obama now on Twitter, it is safe to say the social networking platform has gone mainstream. For many users worldwide Twitter has become a crucial tool for maintaining contacts, exchanging opinions and making new connections. But what does this mean for the service, and how can we, website owners, actually use it for our purposes?

Twitter is the big thing. With everybody from Britney Spears to Barack Obama now on Twitter, it is safe to say the social networking platform has gone mainstream. For many users worldwide Twitter has become a crucial tool for maintaining contacts, exchanging opinions and making new connections. But what does this mean for the service, and how can we, website owners, actually use it for our purposes?

I posted my first tweet in November of 2006, only 7 months after the service launched. For me, it was a way to keep in touch with new friends. It was less intrusive than instant messaging and less formal than email. I quickly became hooked. For the longest time, it was the tool of geeks. My friends laughed at me as I tweeted from the pub; my family stared blankly as I explained the service. However, that has all changed now. 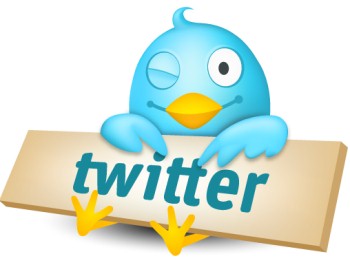 Twitter is the new big thing. With everybody from Britney Spears to Barack Obama now on Twitter, it is safe to say the social networking platform has gone mainstream.

Some time ago I was wrong to lament on Twitter about it becoming a marketing tool; I should embrace it as a tool I can use. Nevertheless, like everybody else, I need to be careful how I use it. I do not believe Twitter users will allow the tool to be reduced to a broadcast mechanism for pimping the latest blog post or special offer.

So how do I use Twitter? I guess the first thing to say is that I am not a huge Twitter success story. However, Twitter is turning into the third facet of my online presence, alongside my blog and podcast. With that in mind, let me share a few tips that have helped me better use this interesting new tool.

1. Above All, Keep It Personal

Although Twitterers like CNN breaking news have been very successful, generally, corporate Twitter accounts are a mistake. Twitter is about person-to-person communication and not a broadcast tool for faceless corporations. To use it in that way is to miss the potential of Twitter.

Does that mean you cannot have a Twitter account for your organization? Not at all. For example, if John Boardley created a Twitter account, you may not recognize the name. However, if he used the name ILoveTypography, you would be more likely to follow because you know the I Love Typography website.

It is not the name that matters so much as the tone of the posts. Tweets should be more than an endless string of press releases and links. They should include personal content and a dialogue with followers.

This is important because it enables you to make a connection with your followers. An open and honest relationship with followers is very powerful. It builds trust, loyalty and engagement. It encourages repeat traffic and word-of-mouth recommendation.

I have learned a lot about Twitter just by reading the tweets of those I admire. Merlin Mann, for example, injects a lot of humor into his posts, and his followers really respond to that. Darren Rowse, on the other hand, strikes a good balance between recommending content others have written and promoting his own posts. 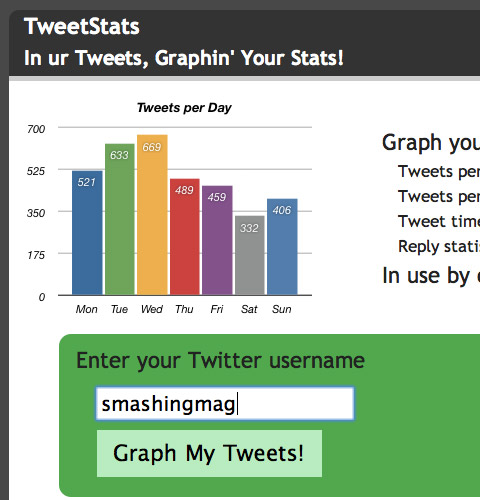 TweetStats.com allows you to build up a picture of how successful twitterers use the service.

In addition to examining the styles of others, you could also examine statistics. Use a tool like TweetStats to examine how often others tweet and how often they reply to their followers. All of this helps to build a picture of what makes a successful tweeter.

There is also a growing number of great websites that give advice on how to get the most out of Twitter. One of my personal favorites is TwiTip, which covers such subjects as “The Merit of Twitter Competitions” and “How to Get Unfollowed on Twitter.”

3. Get A Good Desktop Client

Without a shadow of doubt, the most powerful Twitter client currently available is TweetDeck. This AIR application not only runs on Windows, Mac and Linux, but also provides a range of superb tools for managing your life on Twitter.

TweetDeck is the most powerful desktop Twitter tool available

With TweetDeck, you can create groups, filter tweets, monitor certain subjects as well as post tweets, replies and retweets. In fact, it is so powerful that it can be somewhat intimidating at first. Don’t let that put you off. Check out this short tutorial on TweetDeck’s core features, and you’ll be up and running in no time.

If your Twitter account is going to be personal as well as professional, then you will almost certainly want to use it on the road. One option is simply to use Twitter’s mobile website. However, if you are fortunate enough to have an iPhone, then there is a wealth of Twitter clients available to you. 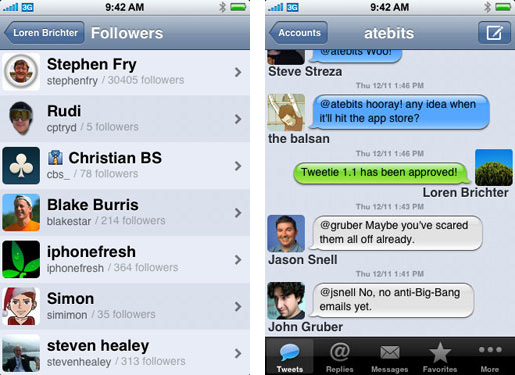 I have paid for and tried almost every Twitter client on the iPhone, but the winner hands down is Tweetie. I love Tweetie. It has a clean, easy-to-use interface and yet is packed with powerful features, including the ability to:

In many ways, it is even better than TweetDeck because it has much of TweetDeck’s power but in a much cleaner interface. If only they made a desktop application!

TweetStats is just the tip of the statistical iceberg. There is an ever-growing number of tools you can use to track your activity on Twitter. However, the ones that really interest me are those that track click-throughs. What I really want to know is, if I post a link on Twitter, how many people click through?

If the link points to one of my own websites, I could use Google Analytics’ URL tagging tool. However, this is somewhat fiddly and only works if I am linking to my own website. What’s more, these URLs can get long, which is a problem when you’re limited to 140 characters.

Always remember that Twitter is a two-way conversation. A big part of successful tweeting is replying to those who tweet you. Twitter is not just about who follows you, either. It is also about who you follow. One service I find particularly useful is Mr Tweet. Mr Tweet provides two type of information:

For each of these people, it provides various statistics, including:

This is a great way to extend your network of contacts and increase the chances that your tweets will be retweeted. It’s also a great way to meet new people!

If you intend to use Twitter for anything other than personal use, it needs to be incorporated in the rest of your Web strategy. That means it needs to link to your other online activity, including your website and other social networks. There is no shortage of tools to help you do this, from the basic Twitter widget to a tool for sending your tweets to Facebook.

Use any tool that automatically posts to Twitter with caution. It can easily become annoying if used too much. Also, it lacks the friendliness of a personal post.

Of course, the problem with all these tools, statistics and analysis is that they can suck the spontaneity and personality from your tweets. While some of those late-night drunken tweets are best left behind, you want to avoid making your tweets too sterile.

Let me explain. I am naturally a fairly good public speaker. However, once I attended a public speaking workshop. The instructors taught me about all of the techniques that make for an exceptional speaker. However, instead of improving my skills, they made me so amazingly self-conscious that I was paralyzed. I started over-analyzing what I was doing.

The danger is the same with Twitter. Sure, Twitter can be used as a marketing tool, but that doesn’t mean it cannot be fun too. Don’t let articles like this suck the joy out of tweeting!