Brad Colbow is a web designer living and working in Cleveland Ohio (USA). He is also the creator of the weekly web comic “The Brads” about two web … More about Brad Colbow …

Since the official announcement of W3C to stop working on the development of XHTML 2 in the end of 2009 and increase resources on HTML 5 instead, there has been a lot of confusion and various debates about the “proper” markup language for modern and future web-development.

Now that the development of XHTML 2 is discontinued, should we stick to XHTML 1.0 or move forward to HTML 5 or better prefer the old HTML 4? Let’s set things straight once and for all. In this post we are trying to clear up the confusion, explain what is what and describe what markup language you can use for your web-sites. You can also see the comic in the larger version. 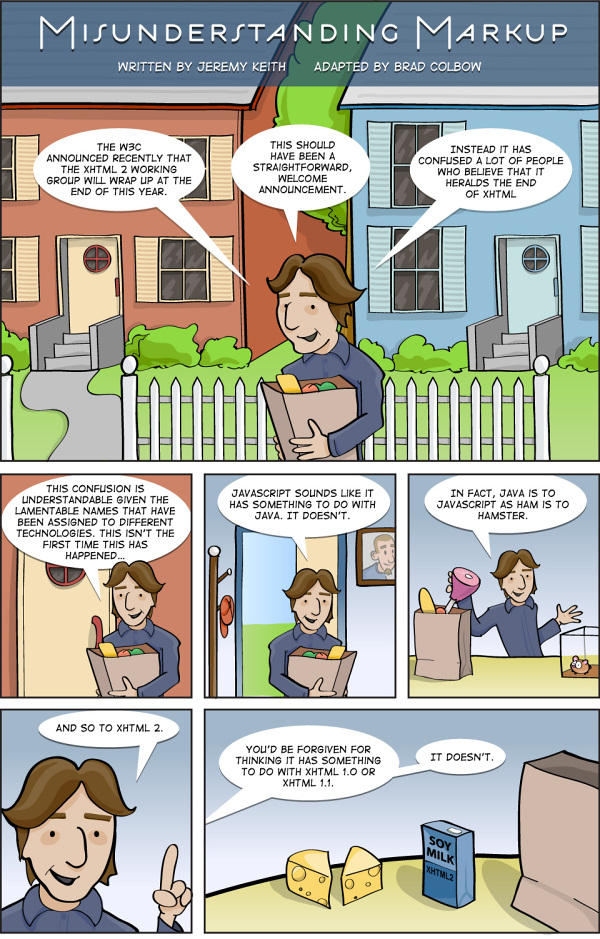 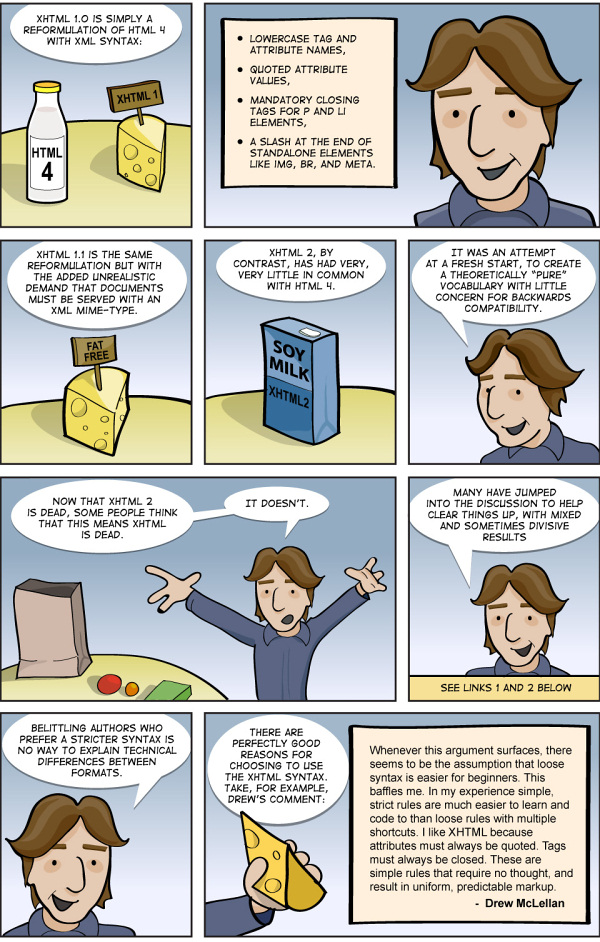 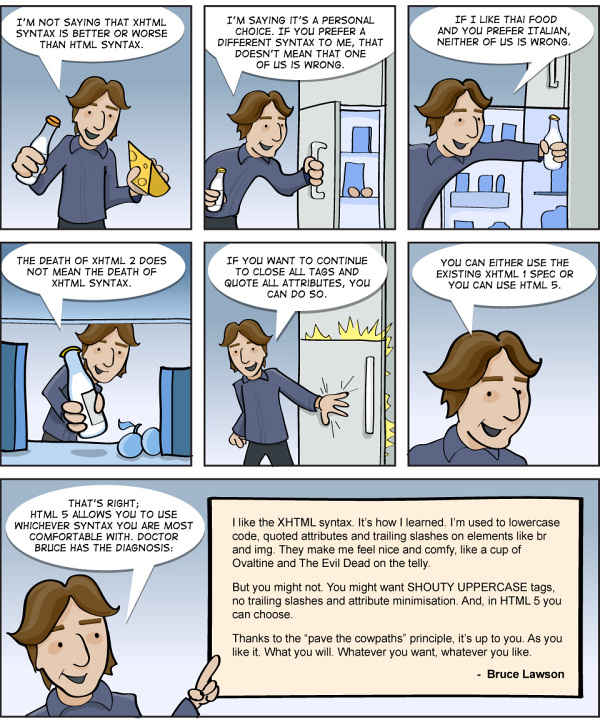 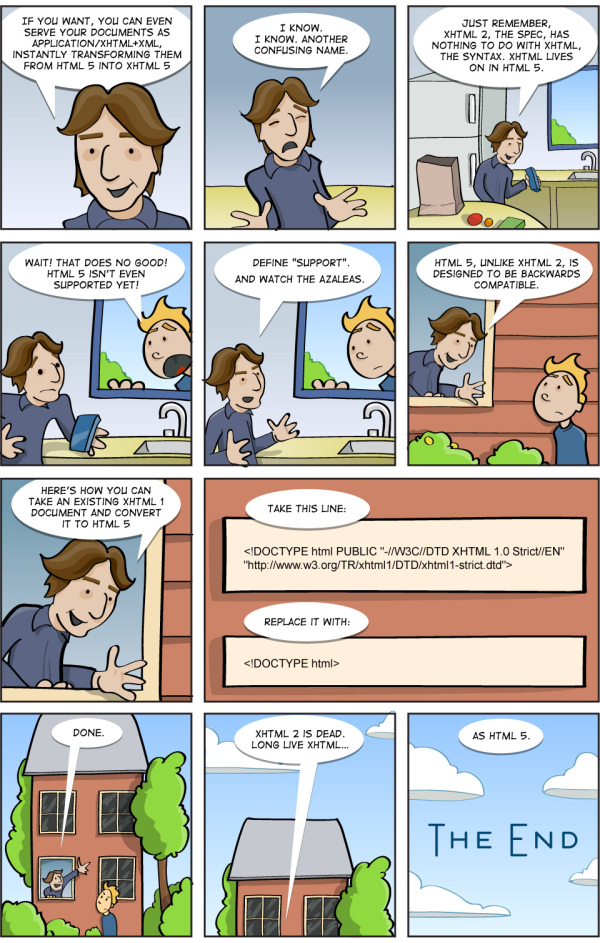 Links mentioned in the article

Jeremy Keith is an Irish web developer living in Brighton, England where he works with the web consultancy firm Clearleft. He has written two books, DOM Scripting and Bulletproof Ajax, but what he really wants to do is direct. His latest project is Huffduffer, a service for creating podcasts of found sounds. When he is not making websites, Jeremy plays bouzouki in the band Salter Cane. His loony bun is fine benny lava.