Josh is an academic researcher, specializing in online media and visual design culture. He is currently doing a PhD on youth engagement with new media. More about Josh ↬

Constructive and engaging discussion is crucial in reinvigorating the heartbeat of any community. The design community in particular has often been lauded for its highly discursive and interactive nature; several design websites have now taken the concerted effort to tailor their content in ways which encourage debate and discussion, ingredients which are absolutely vital in stimulating collaboration and learning. The earnest now lies on readers to actively participate in these “online dialogues,” with passion and purposefulness.

Constructive and engaging discussion is crucial in reinvigorating the heartbeat of any community. The design community in particular has often been lauded for its highly discursive and interactive nature; several design websites have now taken the concerted effort to tailor their content in ways which encourage debate and discussion, ingredients which are absolutely vital in stimulating collaboration and learning. The earnest now lies on readers to actively participate in these “online dialogues,” with passion and purposefulness.

In this article, I explore the possible ways in which we, as members (and readers) of the design fraternity, can make a significant contribution towards improving the quality of online discussion on design.

The “list” has been a time-honored tradition for many design resources websites. Compilations of nifty web applications, roundups of promising tutorials and showcases of well designed websites, are some of the many ‘lists’ on offer. The disappointing aspect of ‘lists’ for me however, does not lie in their content but in the quality of comments these posts attract.

More often than not, most readers seem contented to leave brief ‘thank you’ messages without taking the time to provide their own valued opinions on the subject matter at hand. If there is a particular item on the list that catches your attention, then take a stand and express your own opinions.

For example, if a site showcases a list of useful web applications for freelancers, then it would be more constructive if readers wrote about their own experiences with these applications or introduced alternative web apps that were not included in the post. While, “thank you” messages are definitely important, it is of my opinion that readers should take the added initiative to engage with the content rather than simply acknowledge the effort taken to compile these lists.

When Retweeting an Article, Make Sure You’ve Read what was Originally Posted 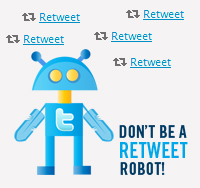 About a week ago, a colleague of mine (who also happens to be a designer) made a startling confession. He admitted that most of the articles he retweets are usually posts which he has never read. The RT function of Twitter, for him at least, was a tool to garner more followers and increase the likelihood of return-favors from other members in the industry. While there is absolutely nothing glaringly wrong with his interpretation of social media networking, it does beg the question if social platforms like Twitter are being utilized to its fullest potential, in terms of information sharing and collaboration. I am however certain that my work mate falls into a minority category of Twitter users.

This point might seem like a no-brainer but it would be a generally good practice to read or browse through a particular article first before re-posting it on your twitter feed or on any other platform. Apart from this being beneficial to you in terms of knowledge gain, it would also position you in a better stead to engage actively in any ongoing discussion about the article/topic in question. The RT functionality is a perfect way to spread awareness of good online content but it is also imperative that we use it to keep ourselves abreast of the latest opinions and news in circulation.

I have realized, from my conversations with fellow designers, that a considerable number of readers are often hesitant to post a comment on a topic outside their scope of knowledge in fear of coming across as “ignorant.” As the aphorism goes,

“It is better to not know and learn than not know at all.”

If the topic covered is not exactly within your area of expertise (if for example you are unfamiliar with the latest potentialities of CSS3) and you’ve found it hard to follow certain aspects of the discussion, don the hat of modesty, be bold, and ask questions! The learning process is a two-way street. The more you ask the higher chance you would emerge as an all-rounded and hence ‘complete’ designer. I’ve found that engaging in open discussion is one of the most productive ways to learn.

Be Analytical in your Comments 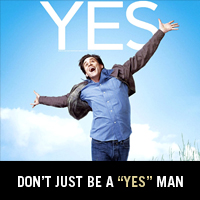 When commenting on an article, look at it from an analytical perspective. Rather than accept the arguments made at face value, think about them in a way that opens up new questions and raises other possible frontiers for discussion. An article on minimalism for example can perhaps provoke ideas on the historicity of minimalist philosophy and how it applies to design in the contemporary era. Never be discouraged to veer into other related areas of discussion. As designers and creative individuals, it is important that we see how various design/aesthetic elements are interconnected. Such an approach will enable us to obtain a thorough grasp of the field.

In this article, I’ve stated a few ways in which readers can contribute more effectively to ongoing discussion. It is important to note however that there are occasions (however rare they might be) when a reader might not have anything additional/constructive to say. Under such circumstances, it would be completely understandable if he/she adopts a neutral/non-committal stand. The bottom line is: community discussion and commenting should never be a ‘chore’ but an intellectually enriching experience.

What are your pointers towards sustaining a thriving and engaging design community?