Former editor in chief of Designinformer. More about Jad Limcaco …

Ask the Expert is a popular and on-going interview series here on Design Informer. In this edition of Ask the Expert, I had the chance to email Collis Ta’eed and ask him some questions regarding Envato, the popular web startup. Collis is one of the founders of Envato, which originally started with just one website selling Flash files. Envato now has over twenty websites and they are still constantly growing. Collis provides general vision, design, marketing, and new business ideas for Envato, where he is the CEO.

Ask the Expert is a popular and on-going interview series here on Design Informer. In this edition of Ask the Expert, I had the chance to email Collis Ta’eed and ask him some questions regarding Envato, the popular web startup.

Collis is one of the founders of Envato, which originally started with just one website selling Flash files. Envato now has over twenty websites and they are still constantly growing. Collis provides general vision, design, marketing, and new business ideas for Envato, where he is the CEO.

Envato has emerged as one of the most exciting companies in the creative world. Can you please give us a brief history of your startup?

Envato started out about four years ago initially to build a marketplace for Adobe Flash files. Back then we were called FlashDen which was the name of that marketplace and really that was the whole plan - to build one site.

But as soon as we launched the site, we began planning more marketplaces. Because we had to wait a long time before we had the resources to make another marketplace, I found myself with enough time to also start some side projects. After I got into blogging we launched first FreelanceSwitch and then later Psdtuts+ which quickly took on a life of their own. Fast forward to today and we’ve grown from one marketplace to six, one tutorial site to eight and launched a lot of other sites on the way!

I remember when Psdtuts+ was just a tutorial blog. What made you decide to finally start Envato, which back then was called Eden?

Ah yes, we’ve had many name changes! After we launched our second site it was clear that “FlashDen” wouldn’t work as the company name, so we changed to “Eden Creative Communities” before realizing that to trademark something like ‘eden’ is really, really difficult. So we changed the name to something completely made up - Envato. Because it’s not a real word, no-one else uses it and trademarking is much easier!

How many hours did you work when your company first started?

Many! Too Many! When we first started out my wife Cyan and I were freelancing to pay our bills. So in the daytime we would work our freelance jobs and then at night and on the weekends we’d work on FlashDen. It was very hard work and I remember going literally months without a day off from long, double days. But it all paid off because the hard work meant we didn’t need to borrow or take investors and that’s given us a lot more freedom now!

How did you keep yourself motivated when you first started?

Good question! It was quite difficult, especially just before launch when it wasn’t at all clear that the site was going to be successful or even that we’d finish it, and we were pretty far in debt from paying for everything, and exhausted from all the work. I think we just focused on one thing at a time. So first it was just focusing on launching the site (somehow), and then we focused on somehow getting people to visit the site, and then we focused just on making enough to pay for the day to day operations, and so on.

If you think about everything all together it’s a bit too daunting, but if you just keep focused on one or two steps ahead with just a broad overview of where you are going, then it’s easier to stay motivated because one or two steps sounds possible while a big journey might sound too hard. 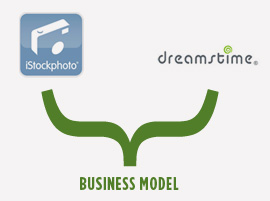 Did you base your business model and principles after another successful startup, or did you create everything yourself?

Our first marketplace FlashDen was influenced largely by iStockPhoto, Dreamstime and other stock photo marketplaces. iStock actually lets you sell Adobe Flash, but they did (and still do) a pretty poor job of it, so we focused on doing it all better for Flash designers and developers.

How did you avoid the mistakes of many other dot-coms? Most of these companies grew tremendously in the beginning and they are nowhere to be found today.

I think focusing on building a good product as cheaply as possible without taking a lot of investment was probably the key. Those early dot-coms used to have to take tons of money from investors to do anything - in part because the internet was a lot more expensive back then in terms of bandwidth, expertise and so on. For us we benefited from the internet’s maturation both in terms of development and in audience. So we could build cheaply and then just work hard and wait for revenues to start building before we invested more.

We’re successful because of our community of authors, readers, reviewers, staff and users.

You have given a lot to the community since you started out. (Free resources, tutorials, as well as organizing Blog Action Day.) Can you tell us about the importance of giving back to the community?

I think one of the most important trends we see in the world today is that there is a slowly developing consciousness that we are all part of one, connected, human family. This has many big implications in the world, but also many small ones such as the one you mentioned - that it’s important to give back to the community. If you realize that people are all interconnected then it makes sense that you’d want to share and give back to each other, just as you have a natural instinct to take care of yourself. Giving back to the community can come in many forms.

It is important for a company to do these things:

When creating a web startup, do you think it is important that you are a good developer, or is it okay to outsource the development of your website to somebody else?

I think being a web designer or developer is a great benefit - particularly in terms of saving money - but certainly you can start a web startup in many different ways and outsourcing or hiring a developer has worked for many, many companies.

I noticed that even though Envato has grown by leaps and bounds, you still manage to be very involved in the little things of your websites. I still see you make announcements, write posts, as well as design some of the sites, such as WorkAwesome, which looks very nice. Do you think that it is good for the owner to be involved in all of the little things?

I think it’s great to be involved though I’m finding it harder and harder the bigger we grow. I think one of the big challenges for entrepreneurs is giving up their involvement in everything and realizing that you have to let go of some things. Still it’s also important to have you ear to the ground and know what’s happening and that often means being involved on a low level - at least some of the time!

Do you think that co-founders are a good idea, or would you rather start a company by yourself?

I think having co-founders is an excellent idea and I would certainly never start a company without them. They bring many benefits including skills you might not have, energy when you are feeling unmotivated, manpower when you need a lot of things to happen with little resources, ideas that you might not have had and generally more resources and contacts that you wouldn’t have alone. 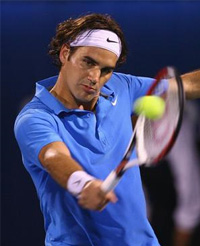 Do you keep track of what your competitors are doing? If so, what do you do with that information?

Oh yes, I always keep an eye on our various competitors largely to get ideas and be inspired. It’s always motivating having someone great in the same field because they help you be better. You think about Tennis for example with Roger Federer out there, if anyone wants to beat him they have to push themselves that much harder and do that much better to beat him. He lifts everyone’s game by being so great. In the same way having good competitors means you have to lift your game to keep pace or to stay ahead.

How did you make your business model scalable?

I think it’s important in any business to be always thinking about how to grow the business.

For me I always tell myself if I want to do all the things that I want to do, then I need to find a way to make the business run without me as much as possible. Focusing on that (removing yourself from the equation) is a good way to make a business scalable because often times the founders are one of the most limiting factors - after all there’s only one of me and one of each of my co-founders.

I think the other important thing is to think about how a successful idea can be applied to other areas. For example when Psdtuts+ was successful we started thinking “hey let’s teach other stuff in the same format!” and so we started other Tuts+ sites! 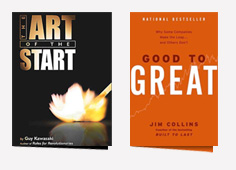 Can you share with us some resources that helped your startup to get where it is today?

I think books are a great resource for entrepreneurs and a couple I’d highly recommend reading are “The Art of the Start” by Guy Kawasaki and “Good to Great” by Jim Collins. There are so, so many other great books though, and I can’t recommend enough reading lots and lots!

Are there any final words of advice that you have to those who are contemplating on a startup?

The advice I always give to new entrepreneurs is to just get started, but start with something small and manageable. Don’t necessarily try to take on the whole world all at once. There will always be time to evolve and grow your vision, it’s better to focus on getting something going first.

Build something, get it earning some money, grow it, then improve, then grow some more. Iterating a business means you acknowledge that it might not be perfect the first time around, but that you will keep working on it until you can get it perfect in the future!

Thanks again Collis for answering these questions for the Design Informer readers. Your startup has been a real inspiration to me and I’m sure that it has really inspired others as well. If you want to check out the entire Envato lineup of websites, go ahead and check out their company website. Also, if you are looking for more excellent articles about startups and business, Collis has an excellent blog with practical and useful advice called The Netsetter.

I hope you enjoyed this interview. There are more excellent interviews coming up in the future and there is one in particular that you won’t want to miss so go ahead and subscribe to the RSS feed. Please share your thoughts about the interview below and give us some feedback. Thank you!