A/B testing isn’t a buzz term. A lot of savvy marketers and designs are using it right now to gain insight into visitor behavior and to increase conversion rate. And yet A/B testing is still not as common as such Internet marketing subjects as SEO, Web analytics and usability.

People just aren’t as aware of it. They don’t completely understand what it is or how it could benefit them or how they should use it. This article is meant to be the best guide you will ever need for A/B testing.

What Is A/B Testing?

At its core, A/B testing is exactly what it sounds like: you have two versions of an element (A and B) and a metric that defines success. To determine which version is better, you subject both versions to experimentation simultaneously. In the end, you measure which version was more successful and select that version for real-world use.

This is similar to the experiments you did in Science 101. Remember the experiment in which you tested various substances to see which supports plant growth and which suppresses it. At different intervals, you measured the growth of plants as they were subjected to different conditions, and in the end you tallied the increase in height of the different plants.

A/B testing on the Web is similar. You have two designs of a website: A and B. Typically, A is the existing design (called the control), and B is the new design. You split your website traffic between these two versions and measure their performance using metrics that you care about (conversion rate, sales, bounce rate, etc.). In the end, you select the version that performs best.

Your choice of what to test will obviously depend on your goals. For example, if your goal is to increase the number of sign-ups, then you might test the following: length of the sign-up form, types of fields in the form, display of privacy policy, “social proof,” etc. The goal of A/B testing in this case is to figure out what prevents visitors from signing up. Is the form’s length intimidating? Are visitors concerned about privacy? Or does the website do a bad job of convincing visitors to sign up? All of these questions can be answered one by one by testing the appropriate website elements.

Even though every A/B test is unique, certain elements are usually tested:

Once you’ve decided what to test, the next step, of course, is to select a tool for the job. If you want a free basic tool and don’t mind fiddling with HTML and JavaScript, go with Google Website Optimizer. If you want an easier alternative with extra features, go with Visual Website Optimizer (disclaimer: my start-up). Other options are available, which I discuss at the end of this post. Setting up the core test is more or less similar for all tools, so we can discuss it while remaining tool-agnostic.

You can set up an A/B test in one of two ways:

Once you have set up your variations using one of these two methods, the next step is to set up your conversion goal. Typically, you will get a piece of JavaScript code, which you would copy and paste onto a page that would represent a successful test were a visitor to arrive there. For example, if you have an e-commerce store and you are testing the color of the “Buy now” button, then your conversion goal would be the “Thank you” page that is displayed to visitors after they complete a purchase.

As soon as a conversion event occurs on your website, the A/B testing tool records the variation that was shown to the visitor. After a sufficient number of visitors and conversions, you can check the results to find out which variation drove the most conversions. That’s it! Setting up and running an A/B test is indeed quite simple.

Even though A/B testing is super-simple in concept, keep some practical things in mind. These suggestions are a result of my real-world experience of doing many A/B tests (read: making numerous mistakes).

Here are some case studies to give you an idea of how people test in the wild.

Writing Decisions: Headline Tests on the Highrise Sign-Up Page 37signals tested the headline on its pricing page. It found that “30-Day Free Trial on All Accounts” generated 30% more sign-ups than the original “Start a Highrise Account.”

Human Photos Double Conversion Rates A surprising conclusion from two separate A/B tests: putting human photos on a website increases conversion rates by as much as double. Scientific research backs this up, saying that we are subconsciously attracted to images with people.

Google Website Optimizer Case Study: Daily Burn, 20%+ Improvement (Tim Ferriss) A simple variation that gave visitors fewer options too choose from resulted in a 20% increase in conversions. The winning version was also much easier on the eye than the control in its detail and text. 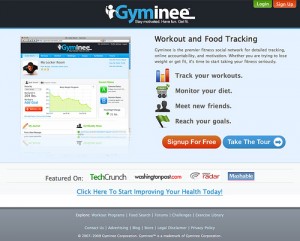 Two Magical Words Increased Conversion Rate by 28% The words “It’s free” increased the clicks on this sign-up button by 28%, illustrating the importance of testing call-to-action buttons and how minor changes can have surprisingly major results. 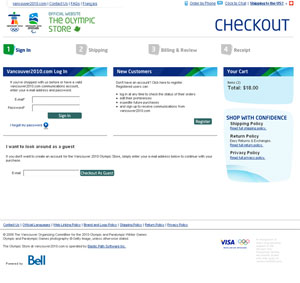 “Mad Libs” style form increases conversion 25-40% Defeating conventional wisdom, in this A/B test it was found out that a paragraph-styled form with inline input fields worked much better than traditional form layout. Though the result was probably specific to their offering as it wasn’t replicated in another, separate A/B test.

Complete redesign of product page increased sales by 20% A software product company redesigned their product page to give it a modern look and added trust building elements (such as seals, guarentees, etc.). End result: they managed to increase total sales by 20%. This case study demonstrates the effect of design on sales. 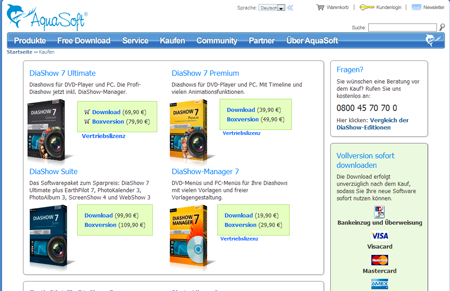 Marketing Experiments response capture case study – triple digit increase in conversions Through a series of A/B tests they optimized the mailing list opt-in rate by 258%. Focus was to remove all distractions and require the visitor to only provide email address. For completing his/her complete profile, the landing page motivated the visitors with an Amazon gift card (which was again split tested). 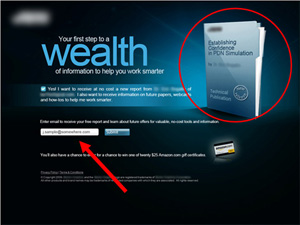 Resources For Deep-Diving Into A/B Testing

If you’ve read this far, then A/B testing has presumably piqued your interest. Here, then, are some cherry-picked resources on A/B testing from across the Web.

Get Ideas for Your Next A/B Test

The Mathematics of A/B Testing