Rob Bowen is a staff writer for Web Hosting Geeks, a longtime freelance designer, and burgeoning videographer and filmmaker whose creative voice and works can … More about Robert ↬

Years ago, the online design community was a thriving conversationalist — of sorts — through the comment sections across the community. It was through leaving meaningful comments that the thought-provoking ideas presented and discussed in a post were examined by others whose perspective and experiences may have provided them with a slightly different take. The continued dissection and discussion of the topic expanded the dialog far beyond the initial post, challenging and redirecting ideas and allowing dialog to evolve; it showed a certain level of critical thinking from within the community.

Years ago, the online design community was a thriving conversationalist — of sorts — through the comment sections across the community. It was through leaving meaningful comments that the thought-provoking ideas presented and discussed in a post were examined by others whose perspective and experiences may have provided them with a slightly different take.

The continued dissection and discussion of the topic expanded the dialog far beyond the initial post, challenging and redirecting ideas and allowing dialog to evolve; it showed a certain level of critical thinking from within the community. We still have sites that are design conversationalists, but unfortunately they are rather exceptions. And it seems that the problem occurs not only in the design community, but in other areas as well.

Since those good old days, things have taken an unexpected turn. Comments are becoming less and less expansions on the ideas presented, and more and more just simple offerings of praise or agreement. Even in articles where solutions are being sought for problem areas within the field, numerous comments show acceptance of this need for action but offer no solution or approach; often, the comments also show that the ideas were not given much consideration by the reader.

This is certainly not indicative of every comment on every post out there across the blogosphere, or a generalization about the community — just an observation of an increasing trend. Once, posts would inspire active discussion and participation with such a wide range of opinions that the post would take on a whole new life. That phenomenon has faded.

What Is This Saying?

The rise of the less-than-conversational commenting can make it look like we are losing our capacity for critical thinking — at least, with regards to the topics being presented for discussion. It can sometimes feel like there are those who rush to throw their support behind the author of the post without considering what is being proposed. Even if you agree with what was said and wish to show your support, there are still ways to comment that indicate a more thoughtful approach.

Sometimes comments can also leave the impression that the commentator just skimmed through the headers and did not read the article in full. The sentiments left behind in such comments, though they may be honest, can impart a hollow feeling rather than the intended encouragement.

There is one important aspect of online content that we often tend to forget. With most posts (beyond those intended to offer inspiration and little else), the ideas presented are there to be examined and dissected; they are not the “final word” on the subject, but a perspective presented for consideration. They don’t have to be correct and they don’t have to be accepted “as is”. The current commenting attitude can effectively undercut any potential ongoing discussion that the author of the post set out to have. When, and why, did the dialog die? Perhaps if we can root out the cause, we can better address the problem.

One obvious consideration is time. Our multiple daily online “obligations” can cause our time to be finely divided; we may opt to leave behind a quick sentiment because our RSS feeds are calling with dozens of other articles that we want to give our attention to; because we have e-mails to attend to; or because any number of time-consuming reasons keep us “running” the whole time we are online.

Perhaps the rise of social media shares some blame for the devolving of critical commenting. People started using social media networks more frequently and offering follow-up thoughts mainly when they shared a post, usually limiting their comments to little or nothing; it became easier to simply share a post, rather than to actively formulate a meaningful follow-up comment to leave on the post itself. And as the path of least resistance is often the one traveled most, here we are.

We also have to consider that for some of the blogosphere populous, commenting is more about visibility than actually contributing to the discussion. At times, the only purpose is to be “seen” on the website or to have their information linked to the website via the comment section — especially if they can be the absolute first to leave a comment. It does not really matter what the post is about; in fact, they may not have even read it. What’s often overseen in these cases is that links next to a meaningful comment are an indicator of author’s competence and as such much more useful and therefore much more valuable than simple link dropping.

What can content creators do to generate more discussion and critical thinking among readers? Many of us are unwilling to adopt a focus on putting out content that does not promote critical thinking; we wish to keep challenging our readers and colleagues. We like to read content which gets us thinking and questioning, so in turn, we like to create the same type of content. 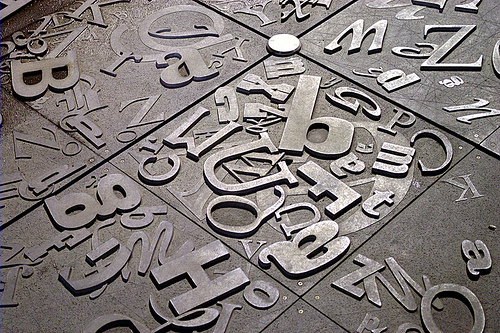 Find creative ways to ensure that the content we are putting out is as engaging or interactive as possible. If you can involve your readers in the post, you are more apt to get them thinking about the ideas being presented. Ask them questions throughout the article to get them into an inquisitive state of mind, so that they may end up reading with a much more critical eye and have more comments to make.

2. Respond in a Timely Manner

Watch the comments that are coming in and reply to them within a day or so. This is not to say that we have to be available at a moment’s notice to respond to each comment; but if readers take the time to consider your ideas and to leave their thoughts, we need to take the time to reply. Most will check back in a day or two to see if you have responded, hoping to keep the discussion going; if we have not gotten back to them by then, they might write off the idea of continuing the dialog and move on.

Create an atmosphere that is conducive to dialog. If we are already asking questions to get responses and are responding back, we need to nurture the conversation by being approachable. If your ideas are challenged, you have done well; don’t let that make you feel defensive about your original points as that tone will come across in your replies and might degrade the discussion into a debate, with both sides becoming more entrenched.

If our audience is turning to social media networks with their thoughts and follow-ups, we might have to adjust our approach and adopt an “If you can’t beat them, join them” mentality by moving the conversation there — even if it leads away from the original post. We can then try to later steer the conversation back to the comment section attached to the original article or post.

As Commentators, What Can We Do?

We cannot forget that we end up as both creator, and commentator, in our daily online lives — or at least, we should. Admittedly, having fallen victim to the social media networks, I now tend to comment less on blog posts than I did before. We have to fall back on that golden rule: treat others as we wish to be treated, and seek out other articles to read through and critically consider. When we don this hat, we need to take the responsibility seriously and give as good as we expect to get.

Even when we are in complete agreement with a post and have nothing to expand on, we can still leave meaningful comments: we can always take the time to let the rest of those participating in the comment thread know what areas resonated with us. By highlighting what connected with us, you allow the author to get some insight into what is landing with the audience, and by default, what is not.

Remain as constructive as possible so the conversation doesn’t get derailed. There is no use in belittling or insulting the points presented even if you disagree with them, especially if you are interested in actual dialog or in getting the author to rethink a position. This does assume that our intention, as readers, is to expand on the ideas presented; if we feel we cannot reasonably or respectfully contribute to the dialog, we should just move along without leaving any comment.

If we are going to leave a comment, especially one that raises a point of contention, we need to fully read the post. If we are pressed for time and have a “Shoot first, ask questions later” attitude, we may skim through the post, get something out of context, and immediately jump down to the comment section to dispute it — forgetting that the rest of the article could contextualize the point, or even cover what we are about to comment on.

Ask relevant questions about the points that were raised to instigate further discussion. When creating content ourselves, we often lean on queries to spark dialog and to get comments flowing; why not employ the same tactic when we are on the other side of the discussion? Even if all of the ideas in the post were expressed plainly enough, one can always ask follow-up questions. Again we want to keep the tone of our comments in mind, so that our inquiries stand a better chance of being well received and of getting answered.

Contributing our own experiences can further the discussion and bring others into that portion of the continuing conversation, but only relevant contributions need apply: it is one thing to offer a story to really accentuate a point made in the article, but quite another to share a story that has nothing to do with the post.

Many factors could have brought about this uncritical commenting trend, and there are many ways that we can combat diminishing dialog to spark critical thinking in our readers and encourage them to “see” what they read with inquisitive eyes. Most bloggers have no problem receiving praise for their posts, but when the readers are additionally provoked to think more about the topic and to leave a comment that carries on the discussion, the post evolves — a win for both the blogger and the readers.