In a multivariate test, a Web page is treated as a combination of elements (including headlines, images, buttons and text) that affect the conversion rate. Essentially, you decompose a Web page into distinct units and create variations of those units. For example, if your page is composed of a headline, an image and accompanying text, then you would create variations for each of them. To illustrate the example, let’s assume you make the following variations:

The scenario above has three variables (headline, text and image), each with two versions. In a multivariate test, your objective is to see which combination of these versions achieves the highest conversion rate. By combinations, I mean one of the eight (2 × 2 × 2) versions of the Web page that we’ll come up with when we combine variations of the sections:

Let’s get to the bottom of TypeScript, and how to use it well. In his upcoming online workshop The TypeScript Masterclass, Stefan Baumgartner will dive into type systems and how to use them well when writing JavaScript. Online, and live. August 5–19, 2021.

Getting Started With Multivariate Testing

Once you’ve decided which tool to use, choose which sections to include in the test. As you know, a Web page can contain tens or hundreds of different sections (footer, headline, sidebar, log-in form, navigation buttons, etc.). You cannot include all of these sections in the test; creating variations for all of them would be an enormous task (and, as you’ll read below, the traffic requirements for the test will grow exponentially with each new section). Narrow it down to the few sections of the page that you think are most important to the conversion goal.

The following parts of a page (listed in order of importance) are typically included in a multivariate test:

The Difference Between A/B Testing And Multivariate Testing

Conceptually, the two techniques are similar, but there are crucial differences. First and foremost, the traffic requirements are different. As I said, the number of combinations that need to be tested grows exponentially in a multivariate test. You can test three or four versions in an A/B test and tens or hundreds of versions in a multivariate test. Clearly, then, a lot of traffic — and time — is required to arrive at meaningful results. 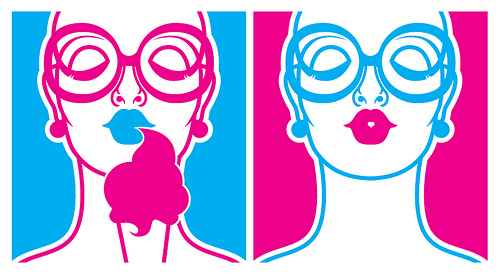 Use A/B testing for large scale changes, not to refine or optimize existing designs. Image by Meet the Chumbeques

One advantage of multivariate testing over A/B split testing is that it can tell you which part of the page is most influential on conversion goals. Say you’re testing the headline, text and image on your landing page. How do you know which part has the most impact? Most multivariate testing tools will give you a metric, called the “impact factor,” in their reports that tells you which sections influence the conversion rate and which don’t. You don’t get this information from A/B testing because all sections are lumped into one variation.

Based on how you distribute traffic to your combinations, there are several types of multivariate tests (MVT):

Full factorial testing This is the kind people generally refer to when they talk about multivariate testing. By this method, one distributes website traffic equally among all combinations. If there are 16 combinations, each one will receive one-sixteenth of all the website traffic. Because each combination gets the same amount of traffic, this method provides all of the data needed to determine which particular combination and section performed best. You might discover that a certain image had no effect on the conversion rate, while the headline was most influential. Because the full factorial method makes no assumptions with regard to statistics or the mathematics of testing, I recommend it for multivariate testing. 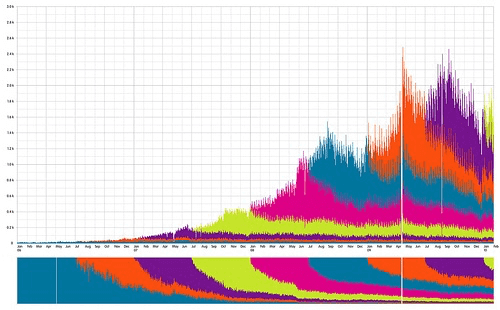 Record and compare the resulting traffic for each tested version. Image by ItoWorld

Partial or fractional factorial testing As the name suggests, in this method only a fraction of all combinations are exposed to website traffic. The conversion rate for unexposed combinations is inferred from the ones that were included in the test. For example, if there are 16 combinations, then traffic is split among only eight of those. For the remaining eight, we get no conversion data, and hence we need to resort to fancy mathematics (with a few assumptions) for insight. For obvious reasons, I don’t recommend this method: even though there are fewer traffic requirements for partial factorial testing, the method forces too many assumptions. No matter how advanced the mathematics are, hard data is always better than inference.

Taguchi testing This is the most esoteric method of all. A quick Google search reveals a lot of tools claiming to cut your testing time and traffic requirements drastically with Taguchi testing. Some might disagree, but I believe the Taguchi method is bit of a sham; it’s a set of heuristics, not a theoretically sound method. It was originally used in the manufacturing industry, where specific assumptions were made in order to decrease the number of combinations needing to be tested for QA and other experiments. These assumptions are not applicable to online testing, so you shouldn’t need to do any Taguchi testing. Stick to the other methods.

I have observed hundreds of multivariate tests, and I have seen many people make the same mistakes. Here is some practical advice, direct from my experience.

A lot of A/B testing case studies are on the Web, but unfortunately, finding multivariate test case studies is still difficult. So, I scoured the Internet and compiled relevant ones.

Software Download Case Study: downloads increased by 60% This is one multivariate test I did to compare different versions of headlines and links. In the end, one of the variations resulted in a more than 60% increase in downloads.

Microsoft Multivariate Testing Case Study This presentation details the variations that were tested for this website and the ultimate winner.

Look Inside a 1,024-Recipe Multivariate Experiment YouTube did a gigantic multivariate test in 2009. It can afford to do tests with a thousand-plus combinations because it has sufficient traffic.

Multivariate testing of an email newsletter An agency tested color and text on the call-to-action button of its email newsletter. The best button had the highest CTR: 60%.

Google Website Optimizer A free basic multivariate testing tool by Google. It’s great if you want to test the waters before investing money in multivariate testing. The downside? You’ll need to tag different sections of the Web page with JavaScript, which can be cumbersome. It’s also prone to error and forces you to rely on others (like the technology department) for implementation.

Visual Website Optimizer (Disclaimer: I am the developer of this tool) The main advantage of this paid tool is that you can create a multivariate test visually in a WYSIWYG editor by choosing different sections of the page. You can then run the test without having to tag sections individually (although a snippet of code is required in the header). The tool includes heat map and click map reports.

Online Testing Vendor Landscape A commercial report by Forrester that compares the various testing vendors out there.

You may be interested in the following related articles: