I’m a Business Administration Master’s student from the Netherlands with a passion for typography, web design and web development. In addition to … More about David ↬

This tutorial will guide you through the steps of setting up an Ubuntu local development machine for Ruby on Rails. Part 2 of this tutorial, which will be published here later, will help you through the steps to set up an Ubuntu VPS. For now, knowing that VPS stands for virtual private server is sufficient. It will be able to host your newly developed Ruby on Rails applications. But let’s focus on the local development machine first. 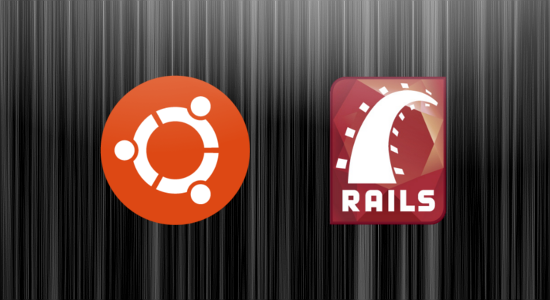 Ubuntu, meanwhile, is a “Debian-derived Linux distribution that focuses on usability.” It has been the most popular Linux distribution for the last couple of years. And even better, both Ruby on Rails and Ubuntu are open source and, therefore, completely free to use.

In this tutorial, we’ll install Ruby and RubyGems using the Ruby Version Manager (RVM) script. And we’ll install Rails and Capistrano in turn using RubyGems. The machine will also feature version control, provided by Git and a PostgreSQL database. A fresh installation of Ubuntu and a working Internet connection are assumed, but these steps should work on most (Debian- and Ubuntu-based) Linux distributions.

During this tutorial, we will make extensive use of the Linux command line. Therefore, I have added a small glossary at the end of this article describing the relevant Linux commands.

Getting Up To Date

First, let’s get up to date. Log into your machine as a user with administrative (or sudo) rights, and open a terminal window. The commands rendered below need to be entered in this terminal window. The dollar sign ($) is your command prompt, and the rest is as simple as typing the command and hitting “Enter.”

The first three commands will then update the package lists, upgrade currently installed packages, and install new packages and delete obsolete packages. This will give you a machine that is fully up to date. The final command will reboot the machine, which is good practice after updating a large number of packages.

Prepare Your Machine For RVM

After the machine has rebooted, log back in and open a terminal window. The RVM script needs some packages in order to be installed, namely Curl and Git. Curl is a tool to transfer data using a range of protocols (such as HTTP and FTP). And “Git is a free and open-source distributed version control system, designed to handle everything from small to very large projects with speed and efficiency.” Git is the choice for version control among most Ruby on Rails developers.

Git will be used by the RVM script, and we’ll be using it in part 2 of this tutorial. So, after installing the packages, let’s take a little time to configure it. Configuring Git is easy: just provide a user name and email address.

Now we can install RVM. RVM stands for Ruby version manager and “is a command-line tool that allows you to easily install, manage and work with multiple Ruby environments, from interpreters to sets of Gems.” The following command takes care of the installation of the script. RVM will get installed in the home directory of the currently logged-in user. 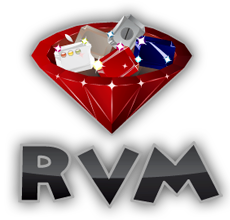 Navigate to the home directory, and edit the user bash profile. This ensures that the RVM script gets loaded every time the corresponding user logs in. To edit the bash profile, we’ll use Nano. Nano is a simple command-line text editor, and we will use it again in this tutorial.

Manually load the script into the current shell session with the following command or open a new terminal window. This way, the rvm command will be made available.

You can verify whether the RVM script is working by entering the following command:

If everything is set up correctly, the shell should return that rvm is a function. If it doesn’t, go over to the RVM website and look under “Troubleshooting your install” to see what you can do to make it work.

Prepare Your Machine For Ruby And RubyGems

RVM comes with a handy command to view the dependencies that are needed to compile and install Ruby and RubyGems from source.

See the dependencies listed under the regular version of Ruby, and install these. Some packages might already be installed.

First, we have Ruby, “a dynamic, open-source programming language with a focus on simplicity and productivity. It has an elegant syntax that is natural to read and easy to write.”

Then we have RubyGems. This is “the premier Ruby packaging system. It provides a standard format for distributing Ruby programs and libraries, an easy-to-use tool for managing the installation of Gem packages, a Gem server utility for serving Gems from any machine where RubyGems is installed, and a standard way of publishing Gem packages.” 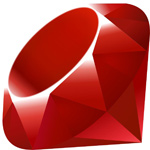 Like the RVM command described above, there is also a command to see what versions of Ruby are available for installation using RVM. Have a look at the available Ruby versions using this command:

Install a regular version of Ruby. Because Ruby gets compiled from source, this step might take a while.

Start using the installed Ruby, and set this version as a default.

Check the Ruby and RubyGems versions to see whether they have been properly installed.

If necessary, manually updating RubyGems and the Gems is possible.

Rails Gem itself is all that’s left for Ruby to be put on Rails. Installing this is one of the easiest parts of this tutorial. It is installed using RubyGems, invoked by the gem command. When the installation finishes, check the Rails version to see whether Rails has been properly installed. 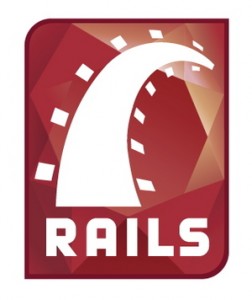 Capistrano is “an open-source tool for running scripts on multiple servers. Its main use is deploying Web applications. It automates the process of making a new version of an application available on one or more Web servers, including supporting tasks such as changing databases.” You can install Capistrano using RubyGems. Check the Capistrano version to see whether it has been properly installed.

PostgreSQL is “a sophisticated object-relational DBMS, supporting almost all SQL constructs, including subselects, transactions, and user-defined types and functions.” Install PostgreSQL together with a dependency. This dependency is needed to install the pg Gem later on, which is responsible for the connection between PostgreSQL and Ruby on Rails. 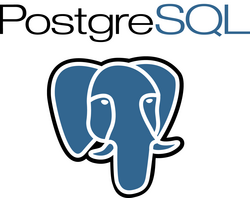 When the packages have been installed, move on to configuring PostgreSQL by securing pSQL. pSQL is the PostgreSQL interactive terminal, and it is used for administrative database tasks.

Now modify the authentication configuration by changing ident to md5. This ensures that a password is needed to log into pSQL and that the password is encrypted. The two lines that need to be edited can be found near the end of the configuration file. After that, reload the changed configuration into PostgreSQL.

Most other PostgreSQL settings are stored in another configuration file. These settings can also be optimized, but that is beyond the scope of this tutorial. Keep in mind that a reload of the PostgreSQL configuration is required in order for changes to become active.

The installation of the local development machine is now done.

To make sure everything works, let’s develop a really small application and see a bit of Ruby on Rails in action. This process covers the following steps:

Once we have verified that everything works, we go through the following steps:

All of these steps should be performed on the local development machine. The conventions used to test the VPS are as follows (the database user name and database name derive from the name of the application):

First, create a database user for the test application using the createuser command. We are using postgres as the admin (or super-user) for PostgreSQL. The P flag allows us to provide a password. The > sign stands for the questions that will be prompted.

Then, create a database for the test application that is owned by the test application user. While we could use Rake to create a database, we will use PostgreSQL, so that we learn some basic PostgreSQL administration. Create a new database by invoking the createdb command in conjunction with the O flag, the database user name and the new database name itself. The addition of development at the end makes it the default database name. Here, you will be prompted for the PostgreSQL super-user password again.

Go into the Rails application directory, and install the necessary Gems using Bundler. Bundler takes care of “an application’s dependencies through its entire life across many machines systematically and repeatably,” and it “works out of the box with Rails 3.”

Now generate a basic scaffold. This will create a User model and a users controller. The inputs will consist of a name and an email address, which are both strings in the PostgreSQL database.

Use Rake to migrate the scaffold to the development database. Rake is an acronym for Ruby Make. It is a “simple Ruby build program with capabilities similar to Make,” which allows you to create and migrate databases.

When everything appears to be working correctly, you can stop the built-in server.

Finally, navigate to your home directory, and recursively remove the test application. This leaves you with a fresh local development machine, ready for developing Ruby on Rails applications.

In part 2 of this tutorial, which will be published here later, we will help you through the steps necessary to set up an Ubuntu VPS that is capable of hosting (multiple) Ruby on Rails applications.

The relevant Linux commands for this tutorial are listed below in alphabetical order. A Linux command usually takes the form of command -option(s) argument(s). For example, rm -r test_app. For a more detailed description, use the manual pages, which can be accessed using man [command].