I’ve been meaning to write this post but just haven’t had the time to do so. I’ve received several messages and emails asking me about fonts that I use on some of my design projects. I have a pretty large font collection. Some of them are paid, but a lot of them are free! First of all, I suggest investing in some of the best typefaces out there but I also suggest that you take advantage of the free resources that can be found online.

I’ve been meaning to write this post but just haven’t had the time to do so. I’ve received several messages and emails asking me about fonts that I use on some of my design projects. I have a pretty large font collection. Some of them are paid, but a lot of them are free! First of all, I suggest investing in some of the best typefaces out there but I also suggest that you take advantage of the free resources that can be found online.

Anyway, I just want to share with you some of my favorite websites to obtain some high-quality typefaces that you can immediately start using on your projects. By the way, a lot of the free fonts on these sites can also be used for @font-face implementation as well. 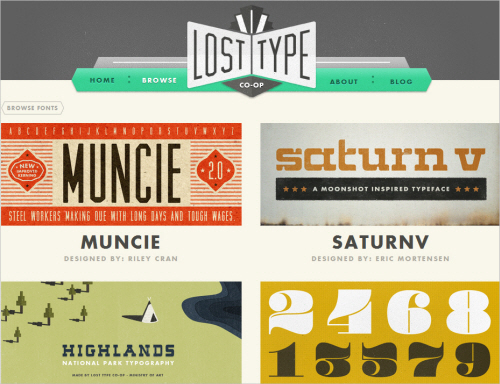 Jos Buivenga has released an update for Anivers, a font which was originally designed to celebrate the first anniversary of Smashing Magazine. Now the new improved Anivers has been expanded and Anivers Regular undergone a major update. Changes: extended language support, improved glyph shapes and improved metrics and kerning.

Jos Buivenga has extended Anivers to the Anivers family which now comes in regular, italic, bold and small caps and has some nice OpenType features. However, only Anivers regular is free. To download the free Regular you have to register at MyFonts.com. The rest of the family can be purchased on MyFonts.

SIL International which has released Gentium few years ago, now released a modification of Gentium which is called Gentium Basic. Gentium is a typeface family designed to enable the diverse ethnic groups around the world who use the Latin and Greek scripts to produce readable, high-quality publications. It supports a wide range of Latin-based alphabets and includes glyphs that correspond to all the Latin ranges of Unicode.

Gentium Basic and Gentium Book Basic are font families based on the original Gentium design, but with additional weights. The “Book” family is slightly heavier. Both families come with a complete regular, bold, italic and bold italic set of fonts. The supported character set, however, is much smaller than for the main Gentium fonts. These “Basic” fonts support only the Basic Latin and Latin-1 Supplement Unicode ranges, plus a selection of the more commonly used extended Latin characters, with miscellaneous diacritical marks, symbols and punctuation. Designed by Victor Gaultney. 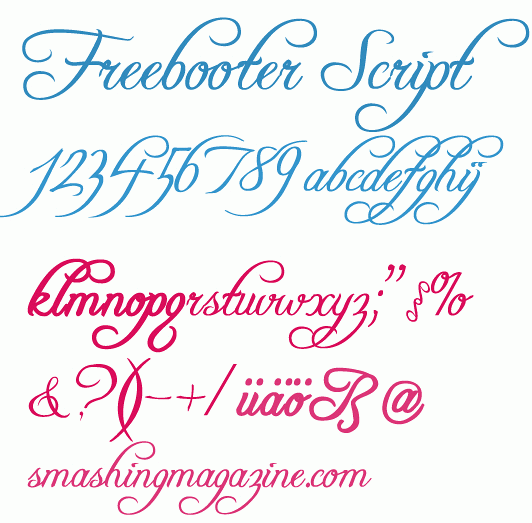 Conglomerfont is a free font created by Jay Hilgert (BittBox) and the design community from all over the world. Jay asked people to send individual letters to his inbox, and I coagulated the submissions into a single font, hence the name, Conglomerfont. 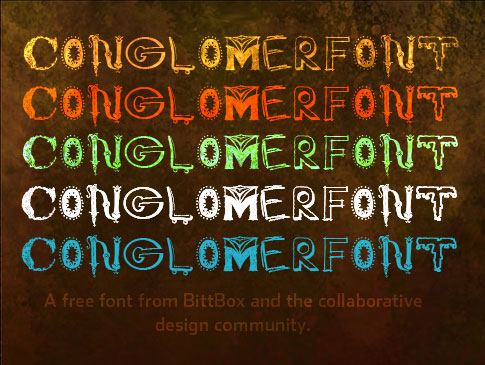 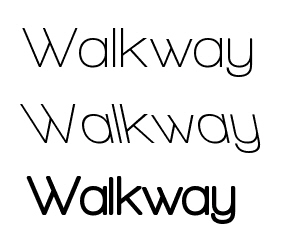 Fancy “hand-drawing” typeface by Jonathan Paquette. A quite distinctive typeface in which capital letters are the reflection of “normal” letters. PC / Mac. Free for personal use only.

A fresh, modern typeface coming in 7 weights — bold, bold extra, regular rounded, regular, regular oblique, light and light extra. Commercial work containing this typeface must include the reference to the author; personal projects don’t necessary need to have a reference. The advanced version of the font can be purchased. 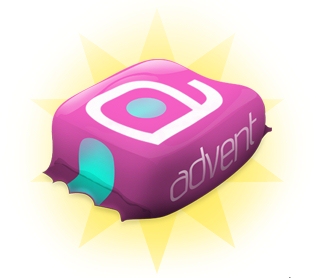 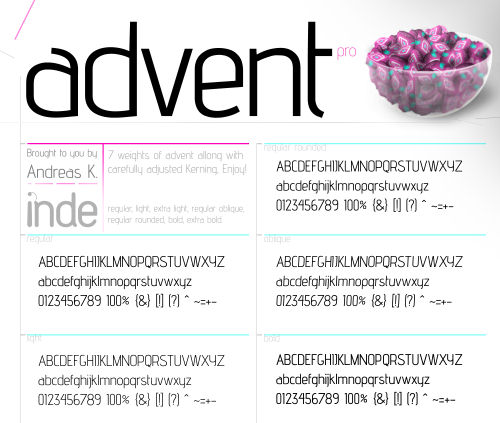 This font is free to use for personal purposes only. This version doesn’t contain kerning, accented character and foreign currency symbols. 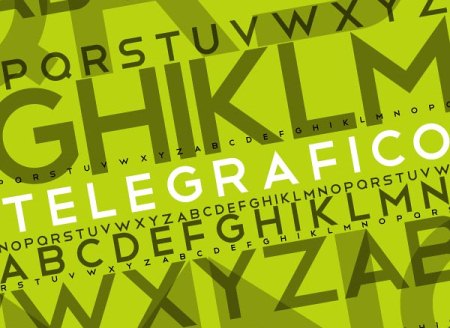 A sans-serif typeface that includes old style (hanging) numbers, a number of english and non-english lettering, some additional symbols and complete punctuation. This typeface is considered a Trial Version, in which certain letterforms have been replaced. Available only for non-commercial use as .otf. The advanced version of the font can be purchased. This typeface is being released as a sort of “beta,” in which people might become accustomed to the typeface and also voice their opinions on its usability. 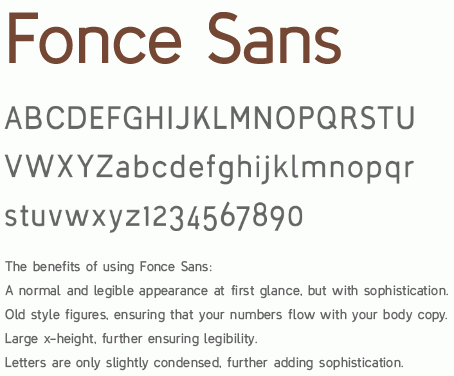 Luxi fonts are commonly found on free software operating systems, such as Linux. They are the default fonts in Red Hat’s Bluecurve theme. This family includes Luxi Sans, a family of four sans-serif fonts, Luxi Serif, a family of four serif fonts and Luxi Mono, a family of four monospace fonts. These fonts can be downloaded using OpenOffice.org’s FontOOo wizard. (via Chris Apalodimas) 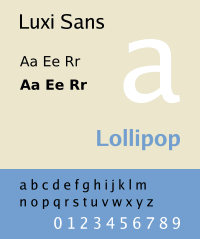 By the way, if you are a web designer and if you are looking for some free fonts to use for @font-face implementation, then I suggest Font-Squirrel or the Google Fonts.

Revamped version of the 2004 one. Now in OT with extended language support and OpenType features with alternates, ligatures, different styles of figures, etc. You can use it freely for all your personal and commercial work. [ via ]

Birra arose from years of compulsive doodling in pen and ink, and conjures the whimsy and syncopated contrast of novelty handlettering in the early 20th century. Birra Stout is a free font, made available by Darden Studio (registration is required).

High Heels Typeface This was a fun project overall because I got the chance to explore a diverse and massive collection of High-heeled shoes, which was the main inspiration for the typeface that I have created. Not available for download. 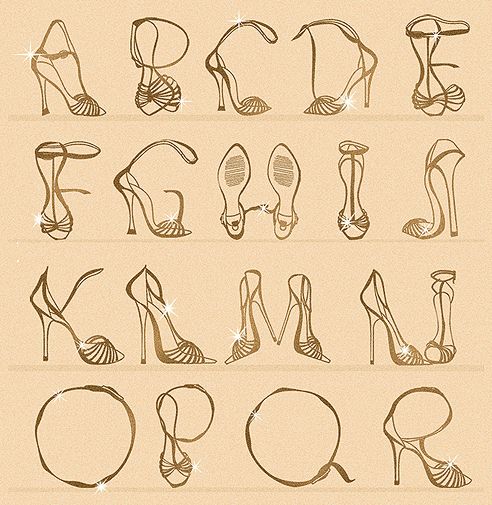 Now that you have visited these websites and have downloaded lots of free fonts, you need to learn how to use these fonts wisely. Here are some great articles that you should read to get you started on good web typography.

I hope that this short article was a help to you. What are some other great font resources and articles that I missed? Do you know of any other websites that offer goof, high-quality fonts for free? Please share it with us in the comments below. Thank you for your support!
Explore more on