Social media is more than a buzzword. It’s now a lifestyle decision for a lot of companies. Many individuals and organizations have abandoned a traditional web presence (which used to mean a website and email address) in favor of a Facebook page coupled with a Twitter account. “Email Is (Still) Important And Here Is Why”)](https://www.smashingmagazine.com/2011/07/25/email-is-still-important-and-here-is-why/)

Social media is more than a buzzword. It’s now a lifestyle decision for a lot of companies. Many individuals and organizations have abandoned a traditional web presence (which used to mean a website and email address) in favor of a Facebook page coupled with a Twitter account.

So, where does this leave email? Has the @ symbol lost its meaning as an address, and instead become the signifier of a Twitter name? I think that we need to radically reconsider our approach to email in this changing landscape and understand that it can be a powerful tool when leveraged correctly. 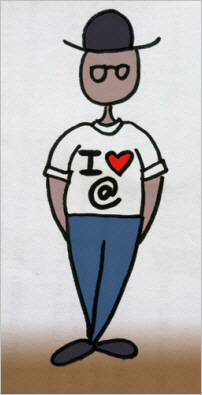 Have we lost our love of email?

While I disagree with the assertion that “social is killing email,” evidence shows that email use among the younger generation is declining: a 59% decline among US teens between December 2009 and 2010, according to comScore. In the same study, only the over-55s had increased their use of email. This is especially significant if it represents a long-term shift away from email and towards social media and SMS as preferred methods of communication.

Email has been around forever (it predates the web), so it’s not surprising that, for some, it has lost its lustre. For one, it’s not exciting enough; other social media platforms have come with fanfare. Twitter has hosted world headlines, and Facebook has been the driving force behind many campaigns. In 2009, a Facebook Group even succeeded in getting Rage Against the Machine’s single “Killing in the Name” to the UK’s “Christmas number one” spot ahead of the X Factor single.

This level of drama appeals to business types who like their social media “sexy,” and for this reason Twitter and Facebook push all the right buttons around the boardroom table. By comparison, an email marketing campaign may seem tired and old fashioned. 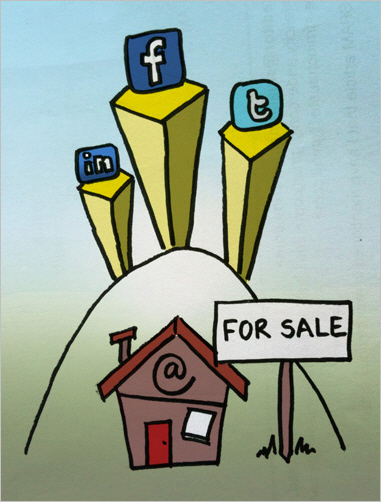 Email in a social media landscape.

For another reason, it lacks tangible value. Valuations of Internet companies (and particularly social media giants) have skyrocketed. In May of this year, LinkedIn was valued at $10 billion (roughly 41 times its 2010 net revenue). Facebook is still a private company, but rumors of a public offering in 2012 include a valuation that could reach $100 billion. While many in the industry see this as a portent of a second dot-com bubble, for a lot of businesses it is simply a compelling reason to invest in these services.

Email is non-proprietary, which means that no one is pushing its agenda, and, unlike the LinkedIns, Groupons and Facebooks of the world, it cannot attract a market worth. Value theory tells us that if something has no market value (such as air, water, etc.), it is often taken for granted. I think email has suffered a similar fate.

Finally and perhaps most significantly, it lacks the pack mentality that most of social media thrives on. Despite the growth of marketing, email is still mostly private. No one knows which lists I am subscribed to or who I write to from the privacy of my inbox, even if by virtue of Facebook they know what I ate for breakfast. In stark contrast to the insidious evils of “like” culture, my email behavior does not broadcast itself all over the Internet, which for marketers is a decided disadvantage.

Email Is A Currency 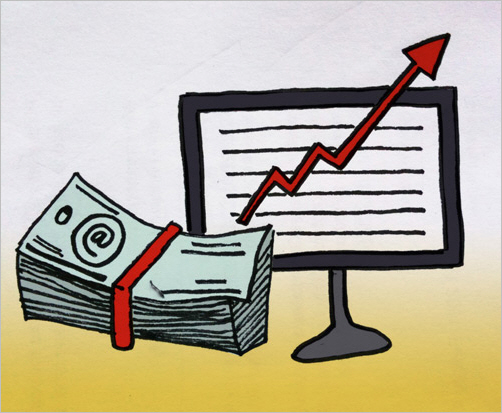 The currency of email.

It’s true that email is fighting with other services for online communication, but it is still ubiquitous in a way that other social media networks are not. As of May 2010, 39% of US Internet users had never used a social network, compared with only 6% who had never sent or received an email. If you want to reach the majority of your audience, email is still the safest bet.

It’s worth noting that people tend to be members of multiple social media websites simultaneously, with varying degrees of involvement, but they usually have only one or two active email addresses. The email address remains the unique identifier online; you use it to log into almost everything, so it would take a lot for it to become obsolete.

According to research conducted by the Direct Marketing Association, email marketing is expected to generate an ROI of $44.00 for every dollar spent on it in 2011. This is due in part to the fact that more customers are engaging via email: 93% of email users have opt-in relationships with a consumer brand, as opposed to 15% on Facebook and 4% on Twitter (according to Chris Brogan, president of New Marketing Labs).

This value has been recognized by most social media networks. Facebook launched Messages, which provides each user with an @facebook.com email address, because it understands the importance of email in the social graph. Google+ is also tying email more directly into social media activity, blurring the distinction between the two.

I hope I’ve managed to convince you that email is still a powerful part of your social media arsenal. But before you leverage it to the best of your ability, let’s understand some of email’s most notorious limitations. 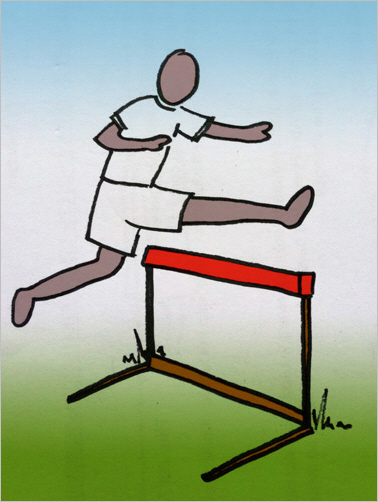 Understand the limitations imposed by email.

This incarnation of junk mail is relentless. It plagues users, who must be cunning to distinguish genuine mail from hoaxes. Email clients require elaborate algorithms to sift the wheat from the chaff. And perhaps most vexing, Internet marketers have to struggle to get anything commercial through to their subscriber lists.

Unfortunately, Twitter and Facebook are not safe havens either. Business folk are not the only ones taking a bigger interest in social media; scam artists are, too. As of April 2011, spam alone occupied seven full-time employees at Twitter. This is a drop in the ocean compared to email (over 73% of all messages sent are spam), but it might be a relief to hear that we are experiencing the lowest levels since 2008; at least things are looking up!

Social media networks encourage multi-way conversations between many users. Even those who are not involved directly in the conversation can often “overhear” what is happening. Email is much more direct; it is usually between just two people and does not invite additional participants. Understanding this limitation of email will make it your greatest ally. Unless an email is personal, it will not get a response; however, it is one of the best ways to deliver direct messages, such as newsletters and alerts, which do not invite discussion so much as action.

HTML email is far more effective than plain text for marketing, but you’ll need to know the tricks to make it look good across different browsers. Writing code for email usually means going back to 1998, which is enough to put most people off it entirely. Luckily, Campaign Monitor and MailChimp offer some great templates to get you off on the right foot. But make sure to use a tool to test the email across different clients before clicking the “Send” button, or else you could do more damage than good.

Making Email A Part Of The Conversation

Bonnie Raitt once sang about giving people something to talk about, and that’s what you have to do with email marketing! Spark that discussion and keep it going on your blog, Twitter and Facebook. – Rien van den Bosch

Email is difficult to ignore. Unlike social media streams, in which content is disposable, an email demands your attention until it is read. Use this to your advantage: write newsletters; push your most engaging content in front of your users; adapt your offers so they match your audience. 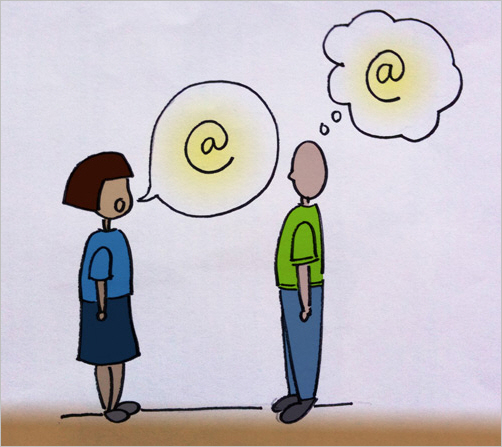 Use email to provoke conversation.

Also, email is a much calmer medium. Inbox zero is a difficult (yet achievable) goal, whereas staying on top of every stream, tweet and status update is not only stressful, but well nigh impossible! With email, you can take time and give thought to your words; you can dedicate some time to the person you are communicating with. Email not only gives your thoughts some room, but gives you time to write them down clearly.

If you’ve heard of the Slow movement (which advocates a cultural shift toward slowing down life’s pace), then you might want to consider how email fits into Slow Marketing. Is it possible that cultivating brand advocates over time who have more than a fleeting interest in your product could bring long-term benefits? Could you talk to these customers in a more respectful way, one that leads to substantial, meaningful conversations?

If you’re not put off by the shortcomings of email and you find 140 characters more limiting than liberating, then you’re well on your way to incorporating email in your social media campaigns. Chances are your email subscribers are your most loyal audience, so treat them with respect (which means offering valuable content, and not too often), and they could become your greatest advocates.

While reams of articles are devoted to creating social email campaigns, here are just a few tips to get you started:

Don’t forget that email is only half of the conversation. Find out where your readers hang out (you can use their email addresses to locate them), and continue the discussion there!