James Young is a Creative Director at Offroadcode and a freelance designer and front-end developer based in Huddersfield, Yorkshire who works with a wide range … More about James Young …

Recently, a couple of things happened in my design career that have made me sit down and reflect a bit on where I’m at and how I can improve what I deliver to my clients and their users. I’d noticed that my source of inspiration had changed and that I was being inspired more by clever solutions and ideas than by visual flourish. Like many designers, my RSS feed of inspirational websites is full of great work and posts. I’m also active on Twitter, and I meet up with other designers regularly at local events. But I find that at a basic level, I actually don’t draw that much inspiration directly from these things anymore.

Web design is, and always will be, about problem-solving, and galleries generally can’t teach you how to be good at that.

You won’t find inspiration in design galleries: just a solution to someone else’s problem.

I’m keen to reiterate this, especially to young designers in the industry who look at the huge number of inspirational galleries and treat them as definitive answers on how to create user interfaces and experiences, rather than just as examples of good visual flourishes in other people’s products.

Other Designs Can’t Solve Your Problems

When a project brief is submitted, there’s an inherent danger in the designer asking the client what other websites they like. Getting an idea of the sort of thing the client likes and would want to see in their own project is usually considered harmless.

But I’ve stopped asking this, simply because it plants a seed in their mind of the sort of visual features they like on someone else’s website. And once you start down that path, you’re in trouble. Clients often focus on what their competitors are doing, without considering the possibility that the features they see might not even be effective. They’re not considering their own users or the strengths of their own product. Rather, they’re chasing their competitors. It’s amazing how many times you’ll see this happen in our industry. Not making the same mistake in your work is vital.

When you look at an inspiring gallery or attractive website, remember that what you’re seeing is merely the result, not the process.

You usually have not been party to the process that got to that result, which could include a range of things such as user testing, multiple iterations and prototypes, A/B testing, various stages of client input and so on.

Often, even the simple things you see on a website or in a design gallery are the result not only of a process but also of the experience of the designer behind the result.

So, Where Else Can You Look To For Inspiration?

Whenever anyone asks how to get inspired, I always point to people themselves. Watch people as they interact with the things around them and solve problems. You’ll learn an immense amount. 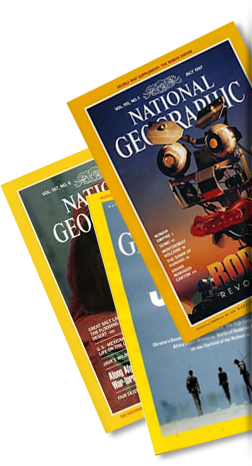 If you can, study people, and look at their stories. One source of real inspiration for me is National Geographic. I’ve had a subscription for years, and seeing how people all around the world solve problems in their lives, on both big and small levels, never fails to inspire me.

The next time you face a design problem and you’re wondering how to do solve it, resist the urge to consult a gallery for examples of similar products, because the similarities will mostly be superficial. Learning to look beyond galleries takes a while, but don’t forget that you are ultimately designing for people, so drawing your inspiration from them by observing and engaging with them only makes sense.

Once you start thinking more generally about how to solve a problem or fix a process through good planning and lateral thinking, then the design layer usually comes quite naturally.

By studying people and how they approach and solve problems, you’ll see a distinct pattern emerge and some common steps. If you don’t already roughly follow these steps in your work, then review your process when you have a chance.

Once you’re able to break something down into simpler steps, you’ll see that people (and even animals) generally approach problem-solving in the same way, using these or an expanded variation of these steps. 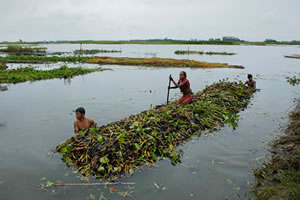 I realize that many people browse galleries a lot. And as I said at the start, I still use them a lot myself, but more for finding new designers to follow and talk to, rather than as a reference point for solutions. So, you needn’t stop consulting them; just be wary of viewing something in them as a solution to your own problem when working on your next design.

Where You Do Draw Your Inspiration From?

I’d love to hear where you draw your inspiration from beyond the Web and what sort of approaches you take to identifying and solving problems. Feel free to share your thoughts, experiences and examples in the comments below!