Yiannis is a web designer, developer and author from Greece. He likes tweaking ideas and he fancies talking with smarter people than him. When he’ll grow … More about Yiannis ↬

Quick summary ↬ Web design is a craft that is constantly evolving and yet also sometimes sabotaged. The moment a design is released, a new version is born. In the beginning, like a baby, it seems vulnerable and weak, but in time it grows up and becomes self-sufficient. Redesigning a website for its own sake doesn’t prove anything; quite the contrary, it reveals a lack of effectiveness on the part of the designer.

Web design is a craft that is constantly evolving and yet also sometimes sabotaged. The moment a design is released, a new version is born. In the beginning, like a baby, it seems vulnerable and weak, but in time it grows up and becomes self-sufficient. Redesigning a website for its own sake doesn’t prove anything; quite the contrary, it reveals a lack of effectiveness on the part of the designer.

Product design is a craft in which new versions come to life with increasing difficulty. We can learn a thing or two from it when designing for the Web. First, let’s look at some examples.

Forget marketing, technical specs and hardware. Products such as the iPhone, the Mini Cooper and the Zippo lighter have become wildly successful because of their outstanding design. Such massive success springs from three sources: the designer, sticking to the scope and iteration. These aspects can help us in Web design, too. In this article, we’ll look at what we can learn from successful product design.

The Ability Of The Designer 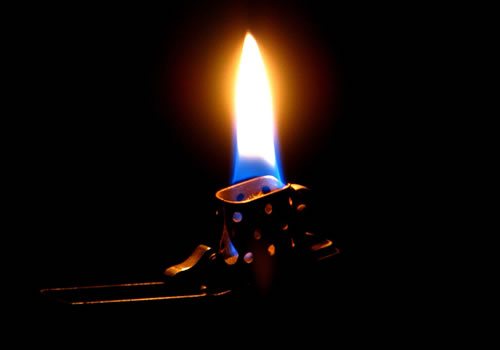 Do you trust your instincts? You should! Because when you see a design, you judge its attractiveness in less than a second. We all know what we like, even if we can’t always explain it. It’s about aesthetics. Aesthetics is a child of harmony, and harmony is not magic. It can be achieved when the designer embraces certain principles, such as balance, contrast and dominance. Becoming a fantastic designer, though, requires more than pure technique. It requires that you see the context and make decisions accordingly.

A couple of comments by Karim Rashid, featured in the documentary Objectified are fascinating and revealing. First, Rashid talks about a stereo that he loved as a teenager:

It was a white kind of bubble stereo with these two bubble white speakers. And it was probably very inexpensive — it was a real democratic product, and it had a turntable and the whole thing built in. It was a beautiful thing. Looking back and thinking why it was a beautiful thing, it was very self-contained, and the message was very strong and very simple, and at the same time it was very human. There was a quality about it.

Here is Rashid again on thinking outside the box:

Why do we feel like we need to keep revisiting the archetype over and over and over again? Digital cameras, for example, [whose] format, proportion, the fact that they’re a horizontal rectangle, are a model of the original silver film camera. So, in turn it’s the film that defined the shape of the camera. All of a sudden, our digital cameras have no film. So, why on earth do we have the same shape we have?

How is it that Karim Rashid extracts such clear conclusions? What hinders us from doing the same? And not just in theory. Let’s do it for real. The next time you are about to make an important design decision, stop and ask yourself, What would I do if I were Dieter Rams or Jonathan Ive or — since you’re a Web designer — Douglas Bowman?

Asking this kind of question briefly expands our skills of judgment and makes us ultra-alert. Doing it regularly can drastically heighten our perception, values and actions as designers. Is this enough? No, but it is the beginning of a beautiful relationship with design.

And the Zippo lighter? It looks both friendly and solid, a comrade that needs your attention in order to keep working. Ιt has its own scent; it’s windproof; and above all, the sound when you flip open the lid is distinctive. And if you’ve owned a Zippo for a while, you must have noticed that it learns how you touch it when you light it.

All together, a Zippo is a product of craft — just as our designs for the Web should be. This is as simple and as hard as it sounds.

Focusing On The Scope 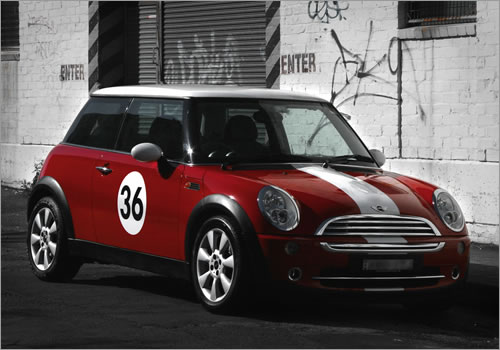 Once a Mini, always a Mini. (Image: Shelley Gibb)

Let’s go back to cars for a moment.

As noted earlier, the Corolla models of Toyota are nothing spectacular in their design. But what is a Toyota car known for? It’s a reliable, relatively cheap family car. Is Toyota successful? You bet!

What’s a Mini Cooper? It’s a beautiful small car that appeals mostly to young people. Is it successful? Of course, it is.

Cars are complicated machines. They do more than transport people. If a Toyota were as fancy as the Mini, then it wouldn’t be affordable. If a Mini were reimagined as a family car, then it would lose some of its charm. Oversimplification? Perhaps. But you get the point.

There’s a scope behind each product. As long as the scope is met, the product will be effective and remain on the market. The same happens in Web design.

Consider a metaphor. The closest physical product to a website is a periodical. Take Wired magazine (the physical magazine, that is, not the website or iPad app, which have slightly different characteristics). I’ve been reading it for more than 10 years, and if I had to describe it succinctly I would say “forward-thinking and cool.” Wired reinvents itself every once in a while and persistently fine-tunes the design, but the scope remains the same. Excellent design and illustration, superbly written long articles and a ton of clever short ones serve the main purpose: to introduce its audience to a new era. Audiences change over time, and new eras dawn, but Wired remains. Why? Because it has always respected a higher purpose. Sure, many magazines are well designed, and enough of them have great content. But you rarely find one with a unique identity, an identity that can’t be easily copied.

Your probably less complicated Web project needs to perform similarly. You must define the objectives. The design must promote them. Good content should prevail. You know the rules; make sure to follow them. Moreover, know where to stop. If it’s a new idea with vague potential or yet another feature or a last-minute change, just say no.

Websites are like breathing organisms. They evolve; new features are added and others are dropped, but they never stay still. Or at least they shouldn’t. Thus, while a promising fresh idea shouldn’t be discarded, it should be held until the next major update.

Big, ambitious, well-funded websites often seem to lose focus. Their owners try to satisfy all requests. This is a recipe for disaster, because it creates unnecessary friction between everyone working on the project. It dulls the impact of the best features and, above all, the scope. Tension fills the air. The worst days are ahead. 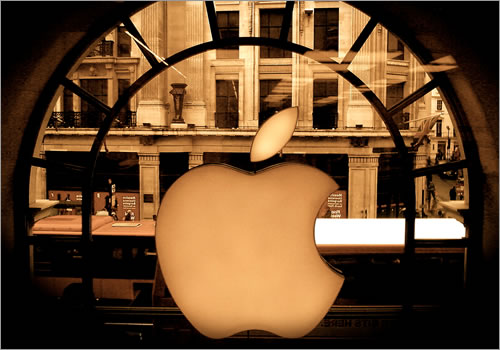 Is what Apple does magic? I think not. (Image: Jon Rawlinson)

No matter how many words we write about Steve Jobs, we still seem to explain away his success as being a kind of magic. But that’s plainly wrong. People are inclined towards the least complicated, least demanding explanation to a conundrum. It is written in our genes. We think more deeply only when there’s a serious reason to do so. (But I digress.)

So, let’s do away with what Adrian Slywotzky refers to as the “Eureka” myth:

Apple would love us to believe it’s all “Eureka.” But Apple produces 10 pixel-perfect prototypes for each feature. They compete — and are winnowed down to three, then one, resulting in a highly evolved winner. Because Apple knows the more you compete inside, the less you’ll have to compete outside.

If Apple iterates so painstakingly, why shouldn’t we?

Inspiration for a great design roars when it comes. And implementing the idea brings a rush of enthusiasm. And our eyes sparkle when we anticipate outstanding success. And yet it rarely works that way.

Why? Because ideas and their execution are seldom free from flaws. You know the old cliché, “There is always room for improvement.” It still stands. There is always room for improvement, and accepting that your idea is the one that needs improvement takes courage. Demolishing your next great product in order to make it better takes nerve and self-discipline. But it also makes you wiser, and can dramatically improve the product.

Iterating extensively and in detail doesn’t depend on a certain type of project or a certain budget. It’s a tricky thing, because it forces us to confront our imperfect nature as human beings. To embrace our inner flaws is to walk the road of truth and maturity, silently, without making a show that we’re doing it.

This weight might feel a little heavy on our shoulders. If it does or if you dismiss Apple’s success, consider what Oliver Reichenstein, head of Information Architects, says about the iterations that his team makes in each development phase (this quote appears in the comments section):

It’s often almost impossible to explain easily why things look like they do, because we went through so many iterations, that it feels like explaining a chess game with all the ifs and whats.

The same goes when designing for the Web: there’s no excuse to avoid making as many iterations as we can.

When successful designers are asked where they seek inspiration, they often say something like, “Everywhere — I go for a walk and observe the world around me.” And it’s true. But what they don’t often say is that they also know what to observe and how to ignore the noise of the world.

There are many beautiful well-functioning products around us. Each has a story to tell, a story that is strongly attached to its design, its scope and the iterations that the designer took before releasing it to the world.

Take the Dyson vacuum cleaner. Its design is at least impressive, and its scope is clear (to suck dirt better than other cleaners and, thus, to make your environment healthier), and it took hundreds of prototypes for the designers to figure out how to make it work without a bag. The first Dyson vacuum cleaner was sold in 1970! To explore further and find similar products, just search for our three key words: “design scope iteration.”