Yoav Weiss has been working on mobile web performance for longer than he cares to admit, on the server side as well as in browsers. He now works as part of … More about Yoav ↬

From time to time, when a discussion is taking place about ways to implement responsive images, someone comes along and says, “Hey, guys! What we really need is a media query that enables us to send high-resolution images to people on a fast connection and low-resolution images to people on a slow connection.” At least early on, a lot of people agreed.

From time to time, when a discussion is taking place about ways to implement responsive images, someone comes along and says, “Hey, guys! What we really need is a media query that enables us to send high-resolution images to people on a fast connection and low-resolution images to people on a slow connection.” At least early on, a lot of people agreed.

At first glance, this makes a lot of sense. High-resolution images have a significant performance cost, because they take longer to download. On a slow network connection, that cost can have a negative impact on the user’s experience. Users might prefer low-resolution images if it means that pages will download significantly faster. On the other hand, for users on a high-speed connection, the performance cost of delivering high-resolution images diminishes, and users would probably prefer better-quality images in this case.

If only we had a media query (and the HTML element that allows us to use that media query) that enables Web developers to have that degree of control over served images as a function of bandwidth, life would be peachy.

As it turns out, accurately implementing such a dream media query is not a whole lot easier than implementing a machine that can accurately predict how much it will rain two weeks from next Tuesday. And even if it were possible to implement, its side effects would result in a worse user experience, rather than a better one.

Since we’re discussing bandwidth, let’s pause for a minute to define it.

When network operators publish their network speed, what they’re usually referring to is the amount of raw data that can be sent on the radio band, usually in ideal conditions.

That number has little relevance to Web developers. The bandwidth that we care about is the “effective” bandwidth. That bandwidth is usually a function of several factors: the network’s bandwidth, its delay, packet loss rate, and the protocol used to download the data. In our case, the protocol in question is TCP.

TCP is the dominant protocol for the reliable transfer of data on the Internet. The protocol itself has a certain overhead that results in a difference between the theoretical and the effective bandwidth. But another factor is responsible for an even more significant gap between the two. TCP doesn’t always use all of the bandwidth available to it, simply because it doesn’t know the bandwidth’s size.

Sending more data than the available bandwidth can cause network congestion, which has disastrous implications on the network. Therefore, TCP uses a couple of congestion control mechanisms: slow-start and congestion avoidance.

Each TCP connection is created with a very limited bandwidth “allowance,” called a congestion window. The congestion window grows exponentially over time, until the TCP connection sends enough data to “fill the pipe.” That is the slow-start phase, which can take up to several seconds, depending on the network’s delay. Then, TCP periodically tries to send just a little more, to see if it can increase the amount of data it sends without causing congestion. That is the congestion-avoidance phase. 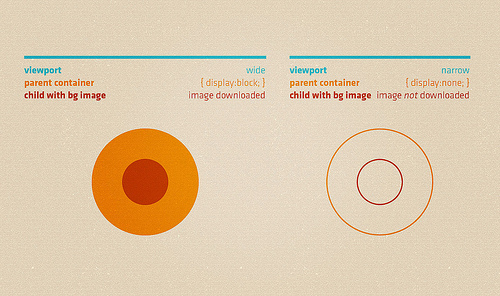 Is network speed the issue in responsive Web design? More often it’s images are being downloaded when they aren’t supposed to. Image credit: Elliot Jay Stocks.

Both of these mechanisms assume that packet loss is always caused by congestion; so, packet loss results in a significant reduction to the congestion window, as well as to the rate at which data is sent. On wireless and mobile networks, this behavior is not always ideal because they can suffer from packet loss for reasons other than congestion (for example, poor reception), which can result in under-utilization of the network.

Bandwidth, by its very nature, is variable over time. During the downloading of a single resource, the bandwidth of a mobile user can change significantly for multiple reasons:

The bandwidth of Wi-Fi users can also vary widely. This is mainly due to packet loss, which has a significant impact on effective bandwidth, because TCP considers packet loss a result of congestion.

The bandwidth of desktop users can also vary depending on their connection type, although not likely as significantly as for mobile and Wi-Fi users. ADSL can suffer from weather conditions; cable can suffer from uplink sharing; and other networks could have their own share of problems.

This variability is the major reason why making predictions about future bandwidth is likely to be highly inaccurate and error prone.

Well, if you want to measure bandwidth accurately, it is kinda hard. The above calculation is true when you download a large file over a single warmed-up TCP connection. That is rarely the case.

Let’s look at a typical scenario of loading a Web page, shall we?

So, estimating bandwidth is possible, but it is far from simple, and it is possible only for certain phases of the page-loading process. And because having several TCP connections to various destination servers is common (for example, a CDN could host the image resources of a Web page), we cannot really tell what is the bandwidth we want to measure.

Media Query Is An Order

As far as the browser is concerned, a media query is a direct order with which the browser must comply. It has no room for optimizations. It cannot avoid obeying it, even when it makes absolutely no sense. Let’s explore what that means for bandwidth media queries.

Let’s assume for a minute that browsers actually do have an accurate way to measure the current bandwidth and that a solution for responsive images is in place and can use a bandwidth media query. 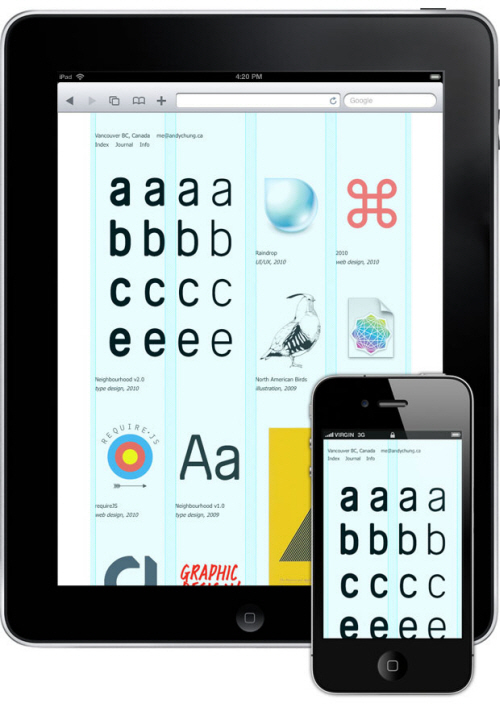 Latency is the network killer. It can significantly slow down the loading of a responsive website, especially if it has loads of images. Image credit: Andy Chung.

Let’s say that, after a few seconds, the bandwidth conditions change for some reason. The browser (sharp at detecting bandwidth as it is) will immediately detect that the bandwidth is down. The browser is now obligated to download the lower-resolution image and replace the high-resolution one with it. The result is a useless download of the low-resolution image and a worse user experience, because the quality of the image that the user sees is worse than it could be. Even if this happens to only a low percentage of users, that’s bad news.

Now, you could argue that the browser could optimize and use the version it already has. But the fact of the matter is, it can’t; not with media queries — at least not without changing the whole meaning of them.

So, What’s The Alternative?

Well, if media queries can’t be used for bandwidth detection, is there no hope? Shouldn’t we, as Web developers, be able to define image resolution according to the available bandwidth?

I hate to say it, but we shouldn’t.

Web developers should be able to define image resources of various resolutions, which would later be used by the browser to perform heuristic optimizations. This can be done by a declarative syntax, similar to the syntax of the srcset responsive images proposal. The syntax would define various resources and would hint to the browser which images to use for various criteria, such as screen density and screen size. The browser would then use these hints, but with room left open for further optimizations (related to bandwidth, user preference, data plan costs, you name it).

While I have reservations about the srcset proposal, and many agree that the syntax it uses is confusing, the declarative model is better when bandwidth optimizations (and other browser heuristics) are involved.

Why Do We Need Media Queries, Then?

Media queries are necessary when the browser must not be allowed to use heuristics to pick the right image resource to present. One of the best examples of this (and an illustration of one of the biggest shortcomings of the srcset proposal) is the art direction use case. This is the use case where the proposed picture element really shines. 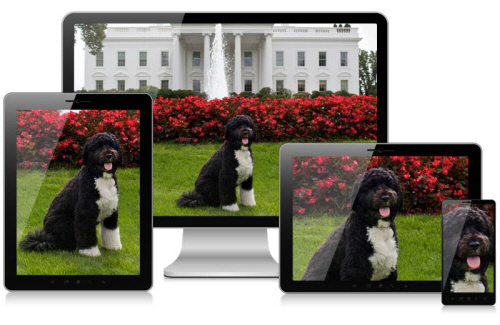 This is the reason why we need both approaches in order to achieve a well-rounded responsive-images solution that covers all use cases.

Don’t get me wrong. I’m not saying that we should give up on network measurement as a whole on the Web platform.

Work is being done on the network information API to figure out how to expose network characteristics to Web developers. In the work being done on this specification, one of the major issues is — surprise! — how to measure bandwidth.

I believe that browser makers will find a way one day to measure bandwidth at the end of the initial page load in a semi-accurate way, which would be useful for various progressive-enhancement decisions. But we’re not there yet.

The main reason why Web developers want bandwidth media queries is to be able to serve image resolutions according to their users’ network conditions. Basically, they want to have a say in the trade-off between beautiful images and slow page loading.

Unfortunately, this doesn’t seem to be something that can be accurately implemented in the near future. Even if it could be implemented, because a media query is an order, it would force the downloading of multiple resources for the same image in many cases, resulting in a worse user experience. Bandwidth optimizations are better left to the browser, which know the user, their preferences and their network conditions better.