Andy Rutledge is a principal at Unit Interactive in Plano, Texas. When not working, road cycling, or banging on the piano, he’s usually found ranting … More about Andy Rutledge ↬

You probably hear about it every week, if not every day: a spiteful or ragged relationship has ended badly. There are bitter arguments, custody battles, legal entanglements, lives and homes broken in the wake of moral incompatibility, poor choices, and a lack of sober discrimination.

You probably hear about it every week, if not every day: a spiteful or ragged relationship has ended badly. There are bitter arguments, custody battles, legal entanglements, lives and homes broken in the wake of moral incompatibility, poor choices, and a lack of sober discrimination.

It’s the predictable result of kids getting married too young or impassioned people who barely know each other rushing into marriage. The tale is often similar with designers and their clients after a rushed, ill-considered marriage.

Like most people, most designers have been through a bad relationship or two… with a client. The bad designer-client relationship is likely an inevitable early-career growing pain, and one difficult or near impossible to avert. The lessons learned in those bad relationships, however, probably pay dividends over time. So, despite the damage done, if you’re responsible, you can grow from those trials and benefit from the experience.

The sad thing is that too many designers serialize these bad relationships. Whether due to habitually poor choices, a lack of concern or simply an inability to find and fix the problem, they’ll go from one bad hookup to another. Ironically, they also tend to complain about it as if the cause were someone other than themselves.

If you’re a designer, then you are not an exponent of product creation, but rather an exponent of process. Successful design practice is the result of learning to coax, observe, indulge, respond to, and profit from process. But too many designers forget this fact when engaging potential clients. They’ll thoughtlessly and irresponsibly aim for the first product — the signed contract — rather than for the fruit of responsible process, of a pre-bid engagement period. The inevitable result of such a shallow and ill-considered approach is a relationship based on almost nothing, flimsily built, and prone to crumble under the slightest stress. Meh. Easy come, easy go, right?

Yup, “hookin’ up” is probably the best term for how most bad designer-client relationships get started. Forget the engagement: let’s get us some instant gratification! The potential client is on the make for a designer and — wouldn’t you know it? — the designer is aching for some cash. It’s a marriage made in pimp heaven.

I’m no saint. I’ve done it. I could have done it a lot more, but for the occasional fit of rationality and responsibility. In all seriousness, many times a potential client has called and, if we hadn’t been careful, we could have committed to a project within 15 minutes. It really does happen; sometimes a project’s details are just that simple. But project details are not the most relevant details in a design project. There are important matters to consider: the people involved, for instance. How about we get to know one another first? 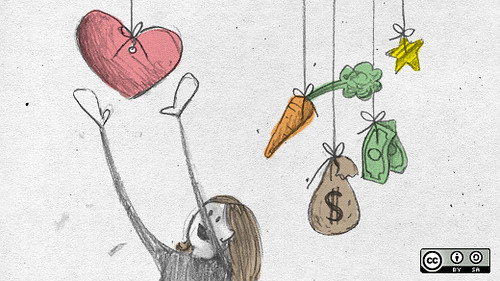 It’s better to look at the people first than to ache for the cash. (Image Source: opensourceway.)

A design project is, first and foremost, a social relationship… you know, between people. It is the people who make or break a project. Not the contract. Not the deadline. The people. In light of this rather important fact, you might want to devote some energy to making the process productive to ensure that the people involved are compatible.

I remember once receiving an invitation to a small project from the owner of a well-known and successful digital products company (whose products most Web designers and small agencies use today). It was a short email simply asking if I was interested in throwing in. I replied that I might indeed be interested and asked when we might have a phone chat. I received an email reply that offered some project details and another invitation to decide whether I wanted to do the project.

Now, I’m sure that many designers would be quite happy to accept such a pleasant invitation based merely on this threadbare information, especially considering who it was coming from. One might even assume that this person had done his homework on us and was sure that I or my studio was a perfect fit for the project. Hrm… but there was the little matter of his not knowing me personally in any capacity and my not knowing him at all in any relevant context. We were, in every meaningful way, strangers. So, I replied that I remained interested, if we could but have a brief chat. I never heard from him again. Good riddance. I dodge bullets for a living. Some of them are easy to dodge.

My wife and I knew each other in high school but didn’t really connect until we met again years later in another city. We became friends, then good friends, then more than friends, and got engaged. We both felt sure about things, but we followed responsibility rather than mere desire and set a nuptial date that would give us a one-year engagement.

In that year, we got to know each other. We had the opportunity to learn each other’s values, explore compatibilities and consider each other’s character in good times and hard times. As our marriage date approached, our love had grown strong and was based on mutual respect and understanding, rather than on a rush of novelty and lust. As of today, we’ve been married for more than 22 years. No, I don’t deserve her, but deserve has got nothing to do with it. We didn’t deserve each other. We earned each other, in our engagement and every day since.

Our story is not special. Millions of couples follow this advisable tradition; and not because it’s tradition, but because it is advisable. Yes, love and a solid relationship can be found or built in other ways, but an engagement has a purpose. It’s not some quaint affectation left over from a simpler, more naïve time gone by. It is the stage to responsibly prepare for the serious and joyful matters to come.

It should be no different in your budding relationships with potential clients. Responsibility first, joyful benefit later. This is the rule. Exceptions to the rule court disaster.

As with most things in the design process, there’s more than one way to skin a cat, but the foundation of a strong engagement is consequential discussion and interaction.

Have a chat or two, or six.

If you’re going to get to know each other, you’ve got to interact, especially in discussion. Face to face is certainly best, but Skype or phone can work, too. It’s got to be consequential interaction. That doesn’t mean it has to be all business. Rather, it must be discussion that reveals dimension, that provides insight, that probes values, that elicits response, that invites questions, that challenges, and that establishes the requirements and boundaries for an actual relationship.

This pre-bid process doesn’t have to drag on forever, but it needs to last as long as is necessary for all parties to be comfortable making a consequential, binding decision… or to decline further pursuing the relationship.

As the design pro, your job is to ask the right questions, venture the right challenges, exhibit the right qualities and invite copious response. Even more so, your job is to pay attention: to observe and to listen. If you have the luxury of spending time in the same room as your potential client, watch how they interact. Watch their body language, especially in how they interact with others on their team during your pre-bid discussions. 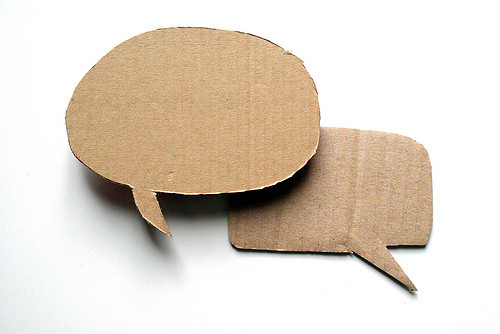 Words are not most important when meeting face-to-face. (Image Source: Marc Wathieu.)

In these face-to-face conversations, words are the least communicative elements. Your job is to recognize and understand the more consequential communication going on physically. There’s a book’s worth of detail we could explore here, more than this article could possibly allow. But suffice it to say that, as a designer, if you’re not an expert in kinesics, then you lack important design competence.

If you don’t have the opportunity during pre-bid discussions to engage face to face, then finding the right information and gaining and sharing adequate insight will require a bit more work on your part. But always keep your goals in mind. Some of them will be specific to the project or person in question, but you’ll need to know a few basic things about every potential client and project.

In your pre-bid engagement, work hard to learn answers to a few vital, fundamental questions.

Your Day Of Bliss

Don’t simply pursue what you think you deserve. Earn your projects. Earn your clients, and let them earn your expertise in the engagement period.

If you’ve devoted proper time and responsible effort to the consequential matters of pre-bid engagement, you can emerge informed and prepared to make a knowledgeable decision about your relationship. Better yet, so can your potential client. If you both agree that it’s time to take the next step (but not if just one of you thinks so), you can both do so with a pretty good idea of what the future holds.

Unlike a hasty, impassioned hookup, this sort of designer-client marriage is far more likely to survive. It will have a strong foundation, built on the things that ensure success and that help those involved weather any difficulties with resolve and dignity. 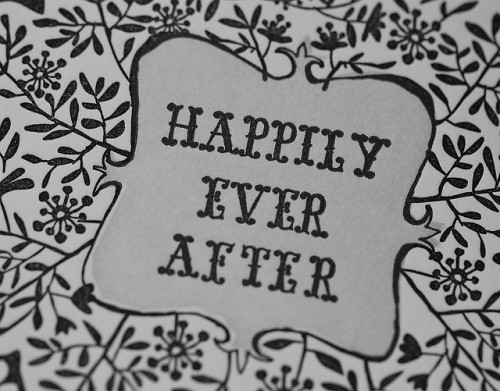 Don’t simply follow the tug of novelty and lust. Spend time getting to know your potential clients, and let them get to know you. Help them to make decisions that they fully understand; do the same for yourself. And together, go and make amazing things, secure in the knowledge that your relationship has a strong foundation based on mutual respect and understanding.