Gabriele Romanato is a web developer. Contributor of the W3C CSS Test Suite, he is also skilled with jQuery and WordPress. You can find more about him by … More about Gabriele ↬

Before 1998, the birth year of CSS Level 2, form elements were already widely implemented in all major browsers. The CSS 2 specification did not address the problem of how form elements should be presented to users.

Before 1998, the birth year of CSS Level 2, form elements were already widely implemented in all major browsers. The CSS 2 specification did not address the problem of how form elements should be presented to users. Because these elements are part of the UI of every Web document, the specification’s authors preferred to leave the visual layout of such elements to the default style sheet of Web browsers.

Through the years, this lack of detail in the CSS specification has forced Web developers to produce a significant number of tests and examples whose primary goal is to reduce form elements to a common visual denominator in order to get a cross-browser rendering of elements such as input, select, fieldset, legend and textarea. In this article, we will cover some of the CSS patterns used by Web developers to tame the visual layout of form elements.

Back in 2004 and later in 2007, Roger Johansson created a complete test suite for form elements and CSS. These seminal tests, which can be found in his article “Styling Form Controls With CSS, Revisited,” lead to the frustrating conclusion that Johansson summarizes with the following words:

“So what does this experiment show? Like I already stated, it shows that using CSS to style form controls to look exactly the same across browsers and platforms is impossible. It also shows that most browsers ignore many CSS properties when they are applied to form controls.”

Despite the underlying truth of these conclusions, Web developers continued to extensively test CSS styles on form elements to find the Holy Grail of — or at least a reasonable compromise between — the browser’s default rendering and the author’s styles.

The CSS 2.1 specification states in its proposed default style sheet for HTML4 that form elements such as textarea, input and select are inline-block elements:

Conversely, the form and fieldset elements are block-level elements:

The default model proposed by the CSS specification stops here. All other visual aspects of form elements rely on the browser’s default style sheet. However, the above rules indicate the following:

How do Web developers manage these problems?

Developers tried to fix this problem by turning these elements into block-level elements:

Results are still poor, except for the textarea element. A common pattern to solve this problem is to avoid the height property and instead to use the font-size and padding properties.

Browsers do not use the same font family and size on these elements, so the first thing to do is normalize them:

For an example, see the page “CSS: Defining Form Element Dimensions” on jsFiddle.

Once the font in use is normalized, you can add padding to give some inner spacing to the element’s box:

The input elements and textarea also show a border that affects their box model:

The input elements of the types button and submit have additional padding set by Web browsers. So, a common practice is to normalize them:

The problem with this approach is that Web browsers also apply vendor-specific properties to these elements, so our padding is not always able to normalize this property. For example, in a Webkit-based browser, you might have this:

Padding is also used on the fieldset and legend elements but with different results:

Select boxes, checkboxes and radio buttons can be normalized with good results with only a few properties, namely:

Applying other properties to this group of elements often leads to inconsistent results across browsers.

Form elements can be vertically or horizontally aligned. They can be laid out on the same line or as a group of boxes on multiple rows. To align them on the same line, you can follow one of two approaches:

When you use floating, elements are automatically turned into block-level elements. This means that form elements are now subject to the nine rules that govern floated elements. 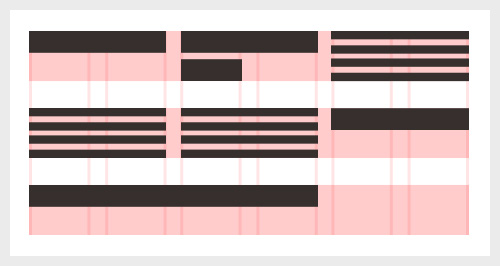 Form elements can be vertically or horizontally aligned.

With floats, the main challenge is to achieve good vertical alignment on the current line. In this case, using vertical margins or padding is a common practice:

This approach works when you do not have to align boxes with text, such as with the contents of a label element. In this case, you could use relative positioning, padding or margins on the element that contains only text:

Another problem arises with buttons. In this case, when you have a button whose dimensions are greater than those of other elements, you can force its vertical alignment with relative positioning:

This approach with relative positioning also works with checkboxes and radio buttons. Relative positioning can even be applied to normalize the left indentation of the legend element within a fieldset element, the only difference being that you would use the left property instead of top.

When using inline formatting, you can rely on the vertical-align property to vertically align elements:

Good results can be achieved by combining this property with the line-height property. However, this property must be set on the parent element. If you set this property directly on the form’s elements, their computed height would be affected:

Using a declared height on the parent element is also effective when paired with the same value for the line height:

With inline formatting, you can also use the text-align property on the parent element to align elements to the right, left or center.

The Strange Case Of File Inputs

The file input element — that is, <input type=“file”/> — is a special case. This kind of element must always be visible and recognizable in the browser’s UI for security reasons. This implies that browsers deliberately ignore some style rules (such as those related to visibility) and tend to apply the algorithms defined in their default style sheet.

Furthermore, the default rendering varies from browser to browser: some browsers display only a single button, while others add a text field to display the path of the uploaded file.

Web developers, however, soon found a way to circumvent these limitations. First, they wrapped the input element in a container:

Then, they hid the input element using the opacity property and applied certain styles to the input’s container:

Notice the !important statement. This is the preferred way to override the browser’s default rules.

For an example, see the page “CSS: Styling Inputs of Type ‘file’” on jsFiddle.

Totally taming form elements is impossible due to the lack of detail in the CSS specification and because of the default styles applied by Web browsers. However, by following some common practices, reducing (though not eliminating) the differences and achieving good visual results are possible.