Matt Stow is the Senior UI Developer for XO Digital, based in Newcastle, Australia. He specialises in developing responsive websites and apps using Suzi—a … More about Matt Stow …

Since the introduction of the iPhone in 2007, touchscreen mobile devices have exploded in popularity. They have introduced new problems, new solutions, new interactions, new ways of thinking and, of course, new costs to our clients.

The most important question on everyone’s mind — clients and developers alike — is, “How can we provide a great Web experience to our users on mobile?”

It All Started With iPhone

The mobile Web was rarely considered before the iPhone (mostly because mobile browsers were so bad). But after the phone’s release, clients jumped on the bandwagon and were clamouring for “mobile-friendly” websites so that they didn’t appear to be behind the times. However, mobile-specific — or, worse, iPhone-only — websites also introduced new issues and frustrations for users, often “breaking” the Web with broken links, infinite redirects and missing content.

Fast forward three years, when we find Ethan Marcotte writing about his revolutionary principle of “responsive web design” (RWD), which changed the Web — and the way Web developers think — forever.

We’ve told our clients about all of the benefits of RWD and about why they shouldn’t build a separate mobile website. The world should have lived happily ever after. But clients who had already spent thousands of dollars on a fixed-width desktop website were less than pleased. 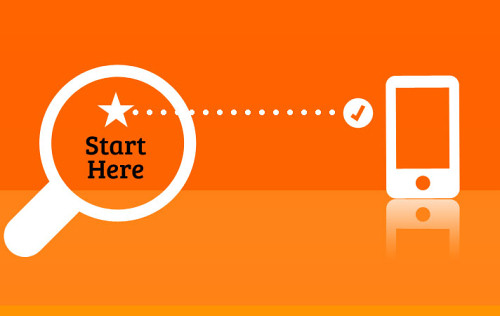 Can your clients afford a mobile-first responsive build? (Image Source)

Then, around the time that Marcotte’s article was published, the iPad was released. Clients who had already gone down the path of a separate mobile website then wanted their iPad users to get their current desktop website. So, we did it — with user-agent sniffing, once again straying further from the RWD methodology, even though we knew we shouldn’t.

Our fear of not being future-friendly was further exposed when Android tablets hit the market. Because there is no single unique identifier in their user agents to identify them as tablets, all Android devices, regardless of size, are generally served mobile websites, which, from the forums I frequent, frustrates most users. There are some services for detecting Android tablets, as outlined in “Server-Side Device Detection: History, Benefits and How-To,” however, as an Android user, I regularly see more mobile than desktop websites.

In fact, the issue got so bad that in Android 4.0 (Ice Cream Sandwich), Google added a “Request desktop site” option to its browser. But depending on how a website’s detection is written, it doesn’t always work, and you still have to suffer the pain of loading the mobile website first.

So, we have a few issues:

RWD Retrofit is a small, vanilla JavaScript “plugin” that gives developers the option to allow an existing “desktop” website to coexist with a new responsive version, with minimal modification to the original website.

It implements dynamic viewport switching to ensure that the correct version of the website is shown according to the viewport’s width (both on loading and on resizing or orientation change), and it provides an object that contains the media queries required for responding to the breakpoints with JavaScript.

I wrote it at Izilla, which helps clients to address the issues mentioned above, and I have already used it in a number of projects.

Although I’m obviously biased, I think it’s a great technique to help you quickly and efficiently improve a client’s mobile presence in a cost-effective way.

Keep in mind that RWD Retrofit isn’t a magic bullet that will instantly transform your website into a responsive website out of the box. You still need to build the responsive version.

Is It The Only Solution?

Absolutely not. Developers have three other options available to them: a dedicated mobile website, a desktop-down responsive reskinning, and a complete rebuild with mobile-first responsiveness.

Let’s look quickly at the pros and cons of each, and of RWD Retrofit.

Dedicated mobile websites are suitable for when content parity is not an issue, or you’re absolutely certain of the user’s goals on mobile, or the client wants a more app-like experience. I have used them successfully for targeted micro-sites that are separate from the main website.

This approach is better suited to simple websites that already use modern Web standards as their underlying technology. Marcotte used this approach in his Responsive Web Design book, but that was before “mobile first” became the favored approach.

This will hopefully become the de facto standard for all new projects and redesigns. If approached correctly, your website should support as many different kinds of devices as possible for the foreseeable future, including Android-powered, Internet-enabled refrige-toasters.

A retrofit is a good compromise of ideas and techniques, taking the best bits from the various other solutions to provide a cost-effective solution to your existing clients.

Which Is The Best Solution?

The “best” depends on the context and budget. Obviously, the best solution you could give to your clients would be a complete mobile-first responsive build. That would provide the optimal experience for users, using a single code base that’s cost-effective to maintain. I absolutely urge you to recommend this approach if feasible.

However, many of my clients can’t afford to do this, and because their websites predate the use of CSS3 for things such as rounded corners and gradients, the “best” solution for them is to use RWD Retrofit.

RWD Retrofit is also useful for both clients and developers who are in a transitional phase to responsiveness. If your client wants to rebuild using the mobile-first philosophy but can’t afford to just yet, push to retrofit their website. Generally speaking, having some kind of mobile optimization is better than nothing. Also, remember that practice makes perfect. Attempting a small-scale responsive website first will equip you with the skills needed for when you come to do the “real” thing.

How Does RWD Retrofit Work?

At its core, RWD Retrofit should be thought of as a technique, not a solution. If you don’t plan to change the breakpoint that the desktop website is served at on mobile, or you don’t plan to change the desktop viewport’s width when it is served, or you don’t mind duplicating media queries in your JavaScript, then the RWD Retrofit JavaScript itself isn’t required. The technique will still work, allowing you to achieve similar results.

Below is the process I use to retrofit a website.

Building a responsive style sheet is a massive topic on its own, and because a lot of good resources are already online, I’ll just provide some pointers.

Now it’s time to drop in the RWD Retrofit JavaScript and its dependencies.

If you’ve added the optional data- attributes, you will now be able to test these breakpoint and viewport changes on mobile devices, or by setting your browser to emulate touch events. At the time of writing, Chrome is the only browser able to do this through its Developer Tools (in Settings → Overrides).

Because I don’t serve the responsive version to users of IE 8 and below, I also reference the desktop style sheet in a conditional comment beneath the others, like so:

If you wanted these users to have a responsive experience, you should be able to use Scott Jehl’s Respond.js media query polyfill instead, although I haven’t tested it.

No doubt, you will have JavaScript functions that should be fired on the desktop version but not on mobile — such as a lightbox script (for example, Jack Moore’s ColorBox).

Keep in mind that there is no one process to achieve this (because everybody writes their JavaScript functions differently), however, here’s how I’d modify a lightbox function:

And that’s as simple as it can be to modify existing JavaScripts to work “responsively.” You just need to follow a similar pattern, creating initialize() and destroy() functions for other code that should be selectively used or that should behave differently depending on the media query matched.

But let’s take it further. Because ColorBox isn’t used in our responsive version, we’re punishing our “mobile” users by making them download the script. So, we can use Modernizr’s asynchronous, conditional resource loader to load it only when the desktop breakpoint is matched.

Putting it all together will give you this:

Because modifying the DOM when breakpoints match comes with a performance hit, if an initialize() function creates elements in the DOM that should be removed in the other “version” of the website, you could just hide it in the appropriate style sheet instead, which adds slightly extra bloat to your CSS, but would be more performant and better on the device’s battery, for example.

I’ve created a one-page demo website, and the code for it is on GitHub, too.

The demo goes further than the example above, by adding extra selective JavaScript functions, such as a toggle navigation on small screens and an accessible carousel and tabs.

If you can’t convince your clients to start from scratch with a mobile-first philosophy, I hope this gives you the knowledge, impetus and tools that you need to retrofit their websites!