Adrian is a Chicago-bred, East Coast trained, Interactive Creative Director, living and working in the heart of Texas. He is a partner and co-founder of … More about Adrian ↬

Quick summary ↬ In the last several years, we’ve seen a rapid shift in software and app interface design, from 3-D and skeuomorphic to flat and minimal. Although this trend has become nearly ubiquitous, let’s take a moment to consider how we got here and what influence it’s having on interface design as a whole.

In the last several years, we’ve seen a rapid shift in software and app interface design, from 3-D and skeuomorphic to flat and minimal. Although this trend has become nearly ubiquitous, let’s take a moment to consider how we got here and what influence it’s having on interface design as a whole. Additionally, I’ll share some tips and considerations on designing flat interfaces. 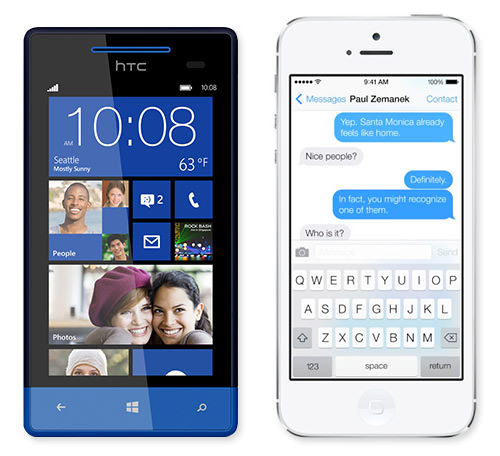 Interfaces on a Windows Phone 8 and Apple’s iOS 7.

So, how did the collective consciousness swing from a love of all things textured, beveled and drop-shadowed to a desire for flat colors and simple typography? Many factors have fuelled this transition, but here are a few that stand out.

As a constantly connected culture, we deal with a nonstop flow of information, some of it important and relevant, most of it not. We are constantly evaluating, filtering and, of course, creating content, and it all gets pretty exhausting. In addition, much of our content consumption has moved to devices with small screens, thus exacerbating that feeling of overload. Becoming overwhelmed is all too easy, and a reduction of clutter in a user interface (UI) can create a little visual zen. 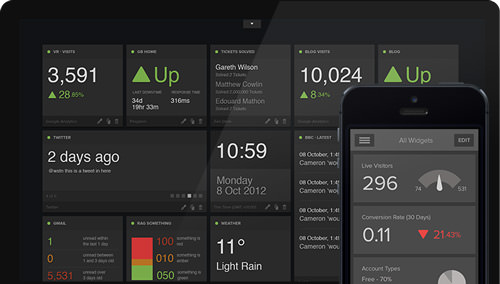 Free of clutter: Geckoboard’s visualisations are designed to make key data easy to interpret at a glance.

In a similar trend, a lot of disruptive Web apps and services are offering highly focused tools with extremely limited feature sets. Whereas traditional software developers tend to load their products with a glut of features to justify the high price tags, this shift towards focused micro-apps favors simplicity over feature set. Simpler apps mean simpler interfaces. 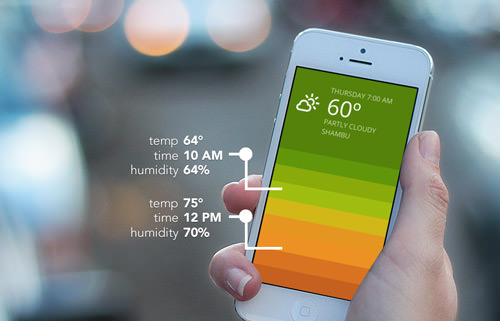 Beautiful and minimal: The Blue weather app by Oak.

As so often happens when new devices and technologies enter the market, we become fascinated by what they can do and how we can advance interactivity. This interface frenzy is usually followed by a return to a focus on content. Media consumption, whether of text, audio or video, is probably the activity we engage in most on our devices, and for that use case, we just want the interface to get out of the way.

As smartphone and tablet adoption has rapidly penetrated all user demographics, concern about the obviousness of controls has reduced. Whereas we once feared that users might miss a button if it didn’t pop off the screen, we are now willing to explore subtler interactions. Windows 8 and Chrome for Android even support touch commands that start off screen, without any visual indicator. 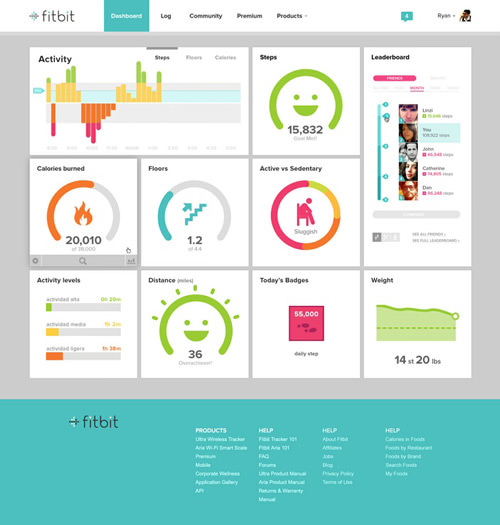 Most software will be limited by the platform on which it runs. Screen dimensions and pixel density are the confining factors of hardware. A minimal interface demands a very limited design palette, which means that every element needs to sing. Typographic scale and font weight will largely determine both the aesthetics and usability of a flat design.

If your target devices can’t handle that level of nuance, you’re out of luck. As screen size and pixel density continue to increase on mobile devices, thinner and smaller type can be presented with better clarity. Of course, support for @font-face has also boosted the appeal of minimal typographic-focused designs. 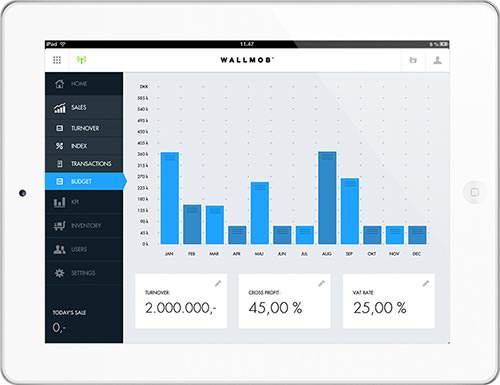 Live sales monitoring with Wallmob: keeping track of the figures from any device that has a browser.

With the proliferation of connected devices of various dimensions, UIs have had to become more fluid, and the responsive design movement has responded. While responsive design does not call for a particular aesthetic, one could certainly argue that flat UIs lend themselves to it more easily than many other styles. The other advantage of minimal design is the reduction in page weight and loading time. 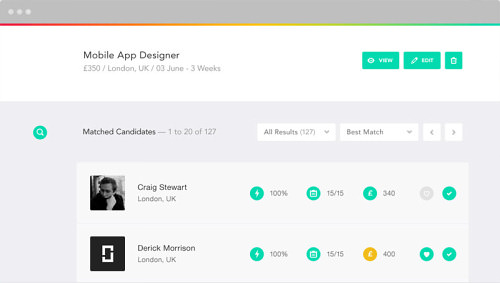 To the point and weightless: OnSite. (Larger view)

OK, enough with the theory. Let’s get down to some practical considerations. Creating an effective minimal design is surprisingly challenging. As you strip away common UI tricks (drop shadows, bevels, textures and the like), you quickly realize how important the few remaining elements become. While the following tips are mostly universally applicable, they are especially relevant to flat UIs.

As with any project, the first step is to ensure that your chosen style makes sense. Before diving into a flat design, make sure it aligns with your target users’ sensibilities and your target platform, devices and application type. Following a trend is pointless if it’s the wrong solution for your project.

The process you follow is pretty important, no matter what style you are adopting. Here are some ideas to keep in mind when aiming for simplicity. 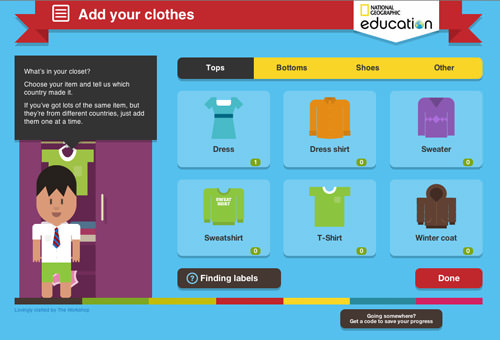 Global Closet: an interactive game designed for National Geographic Education by The Workshop.

The grid plays a crucial role in so much of interface design, and no exception here. As you attempt to establish order and make usability intuitive across a project with a restricted set of visual elements, the grid is there to help. 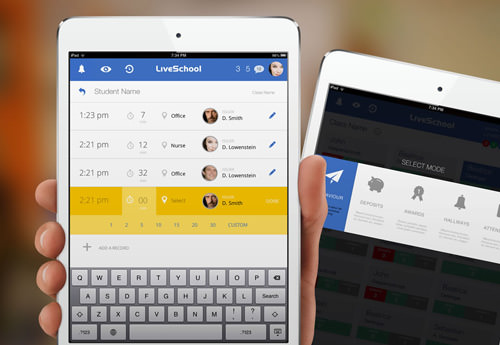 Obviously, color is always a key component of visual design. With minimal interfaces, it is even more critical. 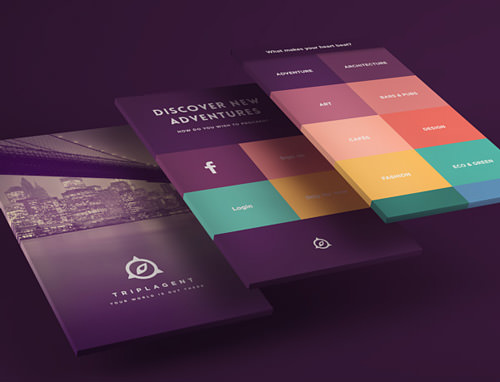 TriplAgent’s visual design makes use of a stunning color palette.

When it comes to flat content-driven websites, typography is the hero. 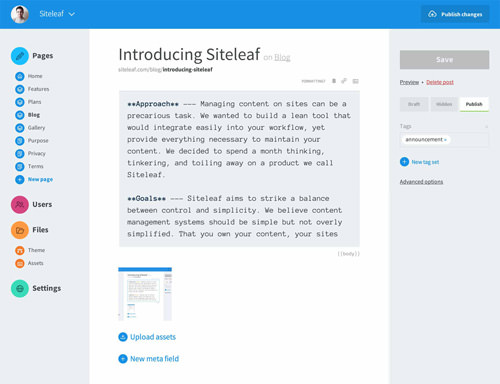 Clean and legible typography on Siteleaf.

In a flat UI, indicating that an element is interactive can be tricky. Here are a few methods I rely on. 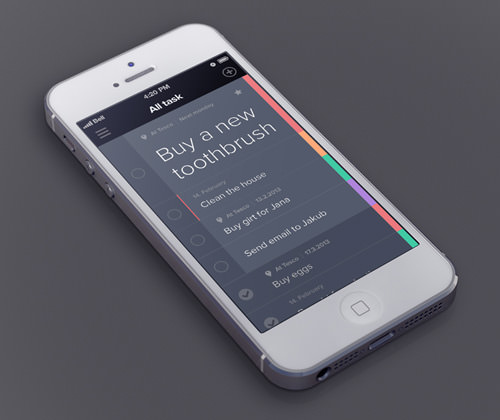 Design elements presented in a simple layout and with optimal contrasts: Taasky.

I don’t believe in hard and fast rules in design. Seeing designers so heavily invested in creating extremely clean and simple user interfaces is pretty awesome. Does exploring flat design mean using absolutely no gradients or shadows? Of course not. In fact, some of the most intriguing work I’ve seen recently balances flatness and dimension by presenting content intelligently while keeping the interaction intuitive.

In this highly connected, information-rich and feature-packed digital world we live in, minimal design’s widespread resurgence is refreshing to witness. It is by no means the right solution for everything (no style is), but when applied thoughtfully and appropriately, it makes for a highly usable and enjoyable digital experience.