Yoav Weiss has been working on mobile web performance for longer than he cares to admit, on the server side as well as in browsers. He now works as part of … More about Yoav ↬

It’s been a year since I last wrote about it, but the dream of a “magical” image format that will solve world hunger and/or the responsive images problem (whichever comes first) lives on. A few weeks back, I started wondering if such an image format could be used to solve both the art direction and resolution-switching use cases.

The aim of republishing the original article by Yoav is to raise awareness and support the discussion about solutions for responsive images. We look forward to your opinions and thoughts in the comments section! – Ed.

It’s been a year since I last wrote about it, but the dream of a “magical” image format that will solve world hunger and/or the responsive images problem (whichever comes first) lives on. A few weeks back, I started wondering if such an image format could be used to solve both the art direction and resolution-switching use cases.

I had a few ideas on how this could be done, so I created a prototype to prove its feasibility. The prototype is now available, ready to be tinkered with. In this post, I’ll explain what this prototype does, what it cannot do, how it works, and its advantages and disadvantages relative to markup solutions. I’ll also try to de-unicorn the concept of a responsive-image format and make it more tangible and less magical.

“Got Something Against Markup Solutions?”

No, I don’t! Honestly! Some of my best friends are markup solutions.

I’ve been participating in the Responsive Images Community Group for a while now, prototyping, promoting and presenting markup solutions. Current markup solutions (picture and srcset) are great and can cover all of the important use cases for responsive images. And if it was up to me, I’d vote to start shipping both picture and srcset (i.e. its resolution-switching version) in all browsers tomorrow.

But the overall markup-based solution has some flaws. Here’s some of the criticism I’ve been hearing for the last year or so when talking about markup solutions for responsive images.

Markup solution are, by definition, verbose because they must enumerate all of the various resources. When art direction is involved, they must also list the breakpoints, which add to that verbosity.

A markup solution that is art direction-oriented needs to keep layout breakpoints in the markup. This mixes presentation and content and means that any layout changes would force changes to the markup.

Constructive discussions have taken place on how this can be resolved — particularly by bringing back the media query definitions into CSS — but it’s not certain when any of this will be defined and implemented.

This one is proposed often by developers. For performance reasons, markup-based solutions are based on viewport size, rather than on image dimensions. Because the layout dimensions of images are not yet known to the browser by the time it starts fetching images, it cannot rely on them to decide which resources to fetch.

This means that developers will need to store some sort of table of viewports and dimensions on the server side, or maintain one in their head, in order to create images that are ideally sized for certain viewport dimensions and layouts.

While the addition of a build step could resolve this issue in many cases, it can get complicated in cases where a single component is used over multiple pages, with varying dimensions on each.

Results in Excessive Downloading in Some Cases

OK, this one I hear mostly in my head (and from other Web performance freaks on occasion).

From a performance perspective, any solution that’s based on separate resources for different screen sizes and dimensions will require the entire images to be redownloaded if the screen size or dimensions change to a higher resolution. Because most of that image data will very likely already be in the browser’s memory or cache, having to redownload everything from scratch would be sad.

All of the above makes me wonder (again) how wonderful life would be if we had a solution based on a file format that addresses these issues.

Why Would A File Format Be Better?

A solution based on a file format would do better for the following reasons:

This is my attempt at a simpler solution based on file format that would relieve Web developers of much grunt work and would avoid useless image data from having to be downloaded (even when conditions change), while keeping preloaders working.

Why Not Progressive JPEG?

Progressive JPEG could serve this role for the resolution-switching case, but it’s extremely rigid. It comes with strict limits on the lowest image quality and, from what I’ve seen, is often too data-heavy. Also, the minimal difference between resolutions is limited and doesn’t give enough control to encoders that want to do better. Furthermore, progressive JPEG cannot handle art direction at all.

We’re talking about a responsive image container, containing internal layers that could be WebP or JPEG-XR or any future format. It uses resizing and cropping operations to cover both the resolution-switching and the art direction use cases.

The decoder (i.e. the browser) would then be able to download just the number of layers it needs (and their bytes) in order to show a certain image. Each layer would enhance the layer before it, giving the decoder the data it needs to show it properly at a higher resolution.

How Does It Work?

Support for resolution-switching is obvious in this case, but art direction could also be supported by positioning the previous layer on the current one and being able to give it certain dimensions. Let’s look at some examples.

Here’s a photo that is often used in discussions about the art direction use case: 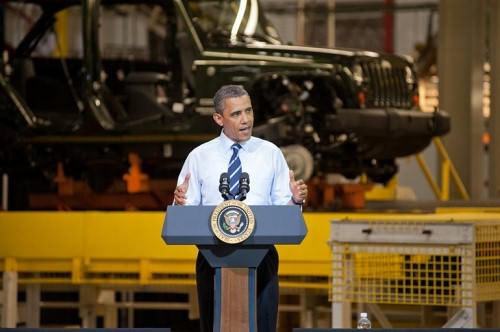 Let’s see what the smallest layer would look like: 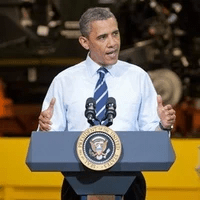 That’s just a cropped version of the original. Nothing special.

Now, one layer above that: 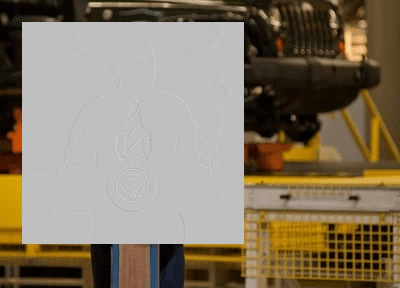 And here’s the third, final layer: 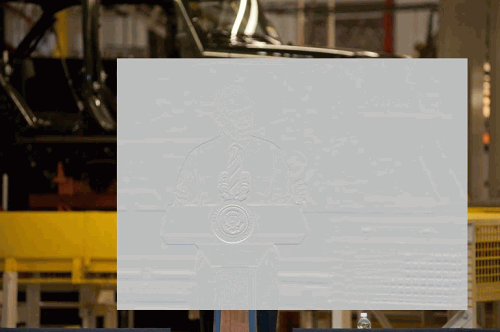 A high-resolution photo of a fruit: 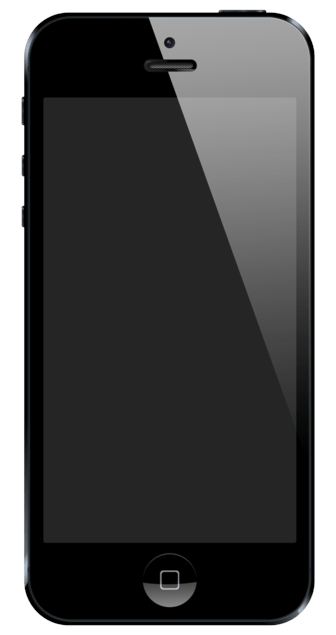 Here is the first layer, showing a significantly downsized version:

The second layer shows the difference between a medium-sized version and the “stretched” previous layer: 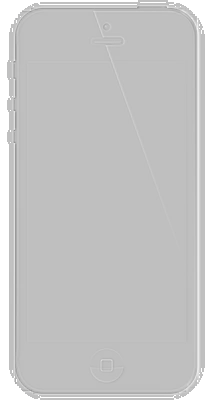 The third layer shows the difference between the original and the “stretched” previous layer: 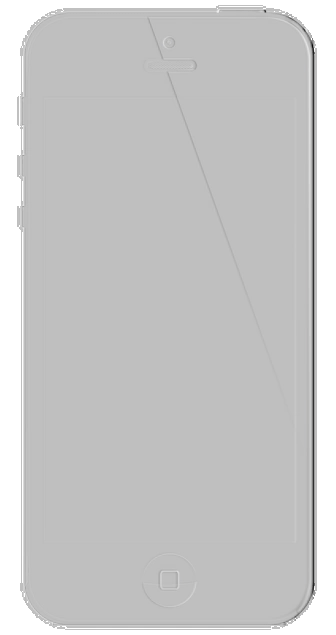 If you’re interested in more detail, you can go to the repository. More detail on the container’s structure is also there.

“But I Need More From Art Direction”

I’ve seen cases where rotation and image repositioning are required for art direction, usually in order to add a logo at different locations around the image itself, depending on the viewport’s dimensions.

This use case is probably better served by CSS. CSS transforms can handle rotation, while CSS positioning, along with media-specific background images, could probably handle the rest.

Note: If your art direction is special and can’t be handled by either one of these, I’d love to hear about it.

How Is It Fetched?

This is where things get tricky. A special fetching mechanism must be created to fetch this type of image. I can’t say that I have figured that part out, but here’s my rough idea on how it could work.

My proposed mechanism relies on HTTP ranges, similar to the fetching mechanisms of the <video> element, when seeks are involved.

The mechanism above will increase the number of HTTP requests, which in an HTTP/1.1 world would introduce some delay in many cases.

This mechanism may be optimized by defining a manifest that describes the byte ranges of the image resources to the browser. The idea of adding a manifest was proposed by Cyril Concolato at the W3C’s Technical Plenary / Advisory Committee meetings week last year, and it makes a lot of sense, borrowing from our collective experience with video streaming. It enables browsers to avoid fetching an arbitrary initial range (at least once the manifest is downloaded itself).

Adding a manifest will prevent these extra requests for everything requested after the layout, and it might help to prevent them (using heuristics) even before the layout.

Creating a manifest could be easily delegated either to development tools or to the server-side layer, so that developers don’t have to manually deal with these image-specific details.

“Couldn’t We Simply Reset the Connection?”

In theory, we could address this by fetching the entire image, and then reset the connection once the browser has all the necessary data, but that would most likely introduce serious performance issues.

Here are the problems with reseting a TCP connection during a browsing session:

Downsides To This Approach

There are a few downsides to this approach:

So, Should We Dump Markup-Based Solutions?

Not at all. This is a prototype, showing how most of the responsive-image use cases would have been solved by such a container.

Reaching consensus on this solution, defining it in detail and implementing it in an interoperable way could be a long process. The performance implications on HTTP/1.1 websites and decoding speed still need to be explored.

I believe this might be a way to simplify responsive images in the future, but I don’t think we should wait for the ideal solution.

If you’ve just skipped to here, that’s OK. This is a long post.

To sum it up, I’ve demonstrated (along with a prototype) how a responsive-image format could work and how it could resolve most responsive-image use cases. I also went into some detail about which other bits would have to be added to the solution in order to make it a viable solution.

I consider this to be a long-term solution because some key issues need to be addressed before it can be made practical. In my opinion, the main issue is decoding performance, with the impact of downloading performance on HTTP/1.1 being a close second.

Continuing to explore this option is worthwhile, but let’s not wait for it. Responsive images need an in-browser, real-life solution today, not two years from now.