Can you imagine your company having a chief electricity officer? Seems ridiculous doesn’t it, but many large businesses did when electricity first started to power the industrial economy. Electricity is such an integral part of our working life that it is impossible to imagine life without it. Companies just couldn’t operate without power, but it wasn’t always that way.

Can you imagine your company having a chief electricity officer? Seems ridiculous doesn’t it, but many large businesses did when electricity first started to power the industrial economy.

Electricity is such an integral part of our working life that it is impossible to imagine life without it. Companies just couldn’t operate without power, but it wasn’t always that way. Many business leaders failed to grasp the full potential of electricity after it was first introduced. Over a decade after introducing electricity, they were still building factories by water, despite no longer needing it to power their machinery. These business leaders needed help integrating the new technology into their thinking and that is where the chief electricity officer came in.

Grasping The Potential Of The Web

Although we may scoff at the foolish industrialists with their shortsighted vision, most companies are making exactly the same mistake today with the Web. They are failing to grasp the potential of the Web to revolutionize every aspect of their business. Instead, many have reduced the Web to a marketing tool.

What organizations need is the digital equivalent of a chief electricity officer. They need somebody who will champion digital across the organization until it is as ubiquitous as electricity in the modern work place. Many organizations require a digital evangelist sitting on the board (even if only in a non-executive and part-time capacity) so that digital is fully utilized. However, this should only a temporary requirement.

Our Role As Web Professionals Should Be Temporary

As I have already pointed out, we don’t need chief electricity officers anymore. Once electricity was fully integrated into the organizational processes and culture, their role became superfluous. The same should be true of us as Web professionals. 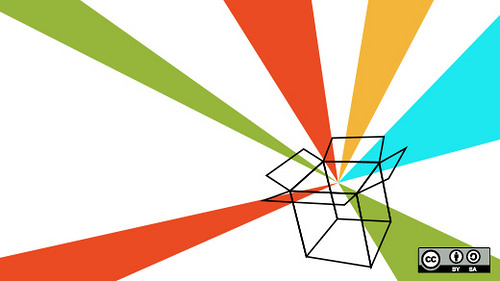 The Web has much more potential than most of us tend to believe. All you need is to take a closer look. (Image credits: opensourceway)

Whether part of an internal Web team or an external developer, our eventual aim should be to make our role redundant, once digital is a part of daily working life. Once that happens you would no longer need a digital team in the same way as we no longer need a chief electricity officer.

I am aware this may sound like a rather extreme position. It is hard to imagine a world where this is a reality, but I believe we may one day get there. Whether we do is not really the point. The point is that the way we perceive our job is so important and that at the moment the emphasis is slightly wrong.

We Shouldn’t Remain The Owners Of Digital

At the moment, most Web professionals see their job as executing some form of digital strategy. It falls to them to build, maintain and run digital assets from websites to mobile apps. Sometimes we facilitate the contribution of others through the use of a content management system, but ultimately we feel we should ‘own’ digital.

In fact, I have heard many argue that internal Web teams don’t have enough ownership over the Web (something I have written myself) and that external teams are seen as implementors rather than providing more of a leadership role. I have also heard many argue that organizations need a digital strategy and that digital teams should be more empowered within organizations.

All of these arguments I agree with, but feel that although true, they miss the point. Yes, right now we need a strong digital team. Yes, organizations should use external contractors as more than implementors and yes companies need to think about their strategy towards digital. However, these are all transitionary principles. They are merely stepping stones towards a greater aim, which is to make digital ubiquitous within the organization. In the end, we need a business strategy that includes digital, rather than a separate digital strategy.

Our Primary Role Is Knowledge Transfer

If we believe our objective is to make digital ubiquitous, then our primary role as Web professionals is knowledge transfer. It falls to us to teach those within the organizations with which we work, about the potential and power of digital. Ultimately is not our job to own digital or just to build digital assets. Our job is to teach others how to own digital and put in place the assets they need. In the short term this may involve us leading by example. We may need to set a strong digital direction and take ownership over digital as a chief electricity officer did, but eventually we will need to let go of the reins.

Furthermore, if we see our role as educators, facilitators and evangelists then we approach things with a different attitude. Its not about building our digital empire within an organization and wrestling control from the ignorant colleagues that “don’t get digital”. Equally as an external contract our aim is not to ensure a long term revenue stream from clients by making them reliant on our services. Instead it is about facilitating others through improving their understanding of digital. 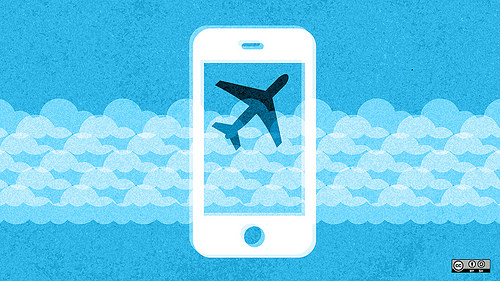 Digital strategy always requires focus on the essential — on what matters most. (Image credits: opensourceway)

Don’t get me wrong. Many organizations need strong central leadership over digital and the Web team is the place for that. Equally, I have no problem with agencies who work in long-term partnership with clients if that is what is right for the client. However, ultimately we need to be willing to step aside when we have become a bottleneck and when the organization has reached a point when digital is deep rooted across the entire company.

Are You Building An Empire Or Facilitating Change?

It’s time for you to honestly ask yourself what your agenda is. Is it to help organizations facilitate their use of digital or are you more concerned with securing your own position? If it is the latter I would challenge you to think again. By facilitating others and focusing on knowledge transfer you will become the go-to person for innovation and the next big thing. Become so concerned with your own job and you will be the roadblock everybody has to work around to get things done.

Even after 20 years of the Web, we are still at the beginning of a transformation from an industrial to digital economy. Adapting to this change is a huge undertaking for most organizations and we can either be facilitators of that change or we can isolate ourselves as some kind of digital elite.

I know which I choose. What about you?

Editor’s Note: Paul Boag is writing a new Smashing book on “Digital Adaptation” with guidelines for adapting a business for the digital economy. Coming out in March 2014. If you like, you can subscribe for email updates to be among the first ones to know!