How would you design and build your current project if you couldn't use any rectangles or circles? Think about it for a second. With conveniently predictable layouts floating around the web, perhaps we could think about one little detail that would become a unique signature of your project. Would you use a lot of whitespace, or typography, or many visuals, maybe audio with conversational UI, or perhaps a quirky and non-traditional layout? Glad you asked! That's exactly what we want to explore, too. 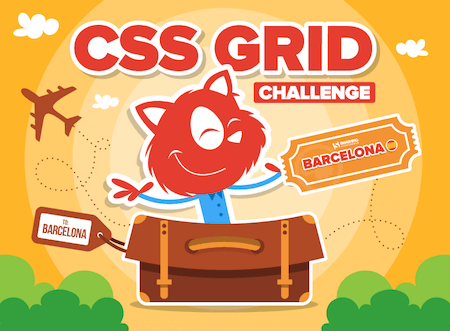 That’s why we’ve teamed up with Mozilla to set up a CSS Grid Challenge: design an unusual, interesting layout with CSS Grid, and get a roundtrip to Barcelona with accommodation and a SmashingConf ticket included, plus a signed edition of Alla’s Design Systems book. We accept entries until September 30th.

The times are busy, but exciting stuff is coming up. While working on the relaunch of Smashing Magazine, we’re touring through Singapore, Malaysia, Vietnam and Hong Kong to meet local communities, with a local event in each city. We’d love to see you, too! Happen to be in the area? Get in touch via Twitter.

If you’ve ever coded HTML emails, chances are high that you’ve consulted Compaign Monitor’s “Guide To CSS Support In Email” before. However, in the four years since the guide was last updated completely, a lot has changed. New email clients became popular and already popular clients like Gmail have undergone significant improvements. To reflect these changes, Campaign Monitor now released a fully updated 2017 edition of their popular CSS support guide. 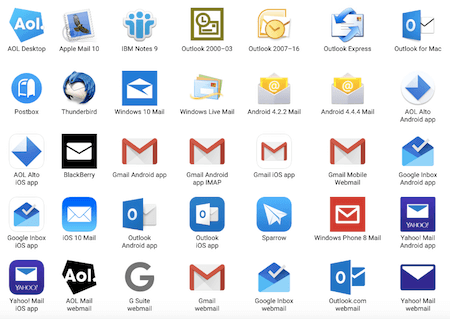 The new edition covers a total of 278 CSS features (that’s more than twice as many as its predecessor), including cutting-edge layout techniques like CSS Grid and Flexbox, CSS animations and transitions, and advanced typography properties. All features were tested in 35 email clients, including Android and iOS apps of Gmail, Yahoo! Mail and Outlook, and, to capture the differences in rendering, IMAP and Gmail addresses in the Gmail Android app were even tested separately. Add the guide to your bookmarks and you’re equipped for your next email coding adventures. (cm)

A design wonder as a venue, the sunny Mediterranean Sea nearby, and two days jam-packed with friendly conversations, learning and new ideas — that’s SmashingConf Barcelona. And you know what? It’s just one month left until the one-of-a-kind Palau de la Musica Catalana, which has been our Barcelona home for the past two years already, will open its doors for us again Oct 17–18th. Wanna join us? 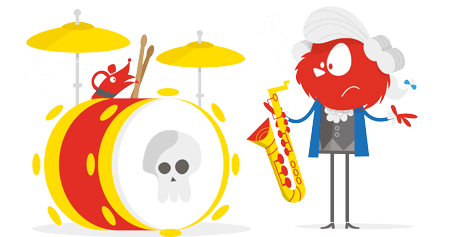 With a line-up of 15 knowledgeable speakers (among them are Marcy Sutton, Brad Frost, Sarah Drasner, Chris Coyier and Monica Dinculescu — just to name a few), we’ll dedicate the two conference days to exploring real-life web design problems and techniques that you can apply to your work right away. No fuss, no theory, just things that worked in practice, and enough time for networking, of course. To the tickets → (cm)

Have you already heard of the code coverage feature in Chrome Devtools? Built into Chrome, it’s a great way to get a quick overview of how much unnecessary code you’re shipping and which files need to be optimized. Ben Edelstein did a quick demo to explore how to use the feature. 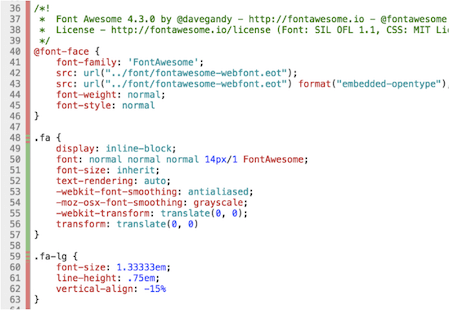 Code coverage lets you run your web app, and for each JavaScript and CSS file you can see which lines of code were used and which weren’t. This comes helpful when you’re working on a complex or long-term project, because, well, we all know that it’s easy to accumulate dead code. (cm)

4. Uploading Directories At Once With webkitdirectory

If you’ve ever tried to implement a bulletproof, good-looking drag’n’drop, you might have encountered an issue: uploading an entire folder or folders of files usually isn’t possible, and so files in each folder have to be selected manually. Unless you use input webkitdirectory, an obscure attribute that allows users to pick a directory via a file input. Currently supported in Chrome, Firefox and Edge. For example, users could just pick a directory, and all files in that directory, including files in sub-folders, would be listed, represented by their relative path — a demo by Šime Vidas shows how it works.

In the demo, the upload works for directories that include sub-folders as well. One click to choose them all is enough. Important to note: the feature is non-standard, so it will not work for everybody. However, it doesn’t break anything and can be used as progressive enhancement. Hopefully, by using it we’ll see it being implemented as a standardized feature in browsers, too. Ah, and if you want to design a slightly better drag’n’drop-experience, Alex Reardon has a few tips on rethinking drag’n’drop altogether. Worth reading! (vf)

A/B testing is a simple but convincing technique to gain insights into visitor behavior and increase conversion rates. However, when it comes to interpreting test results, things can get tricky. Does the result have enough power? And is it really a consequence of the changes you made or just a result of random chance? 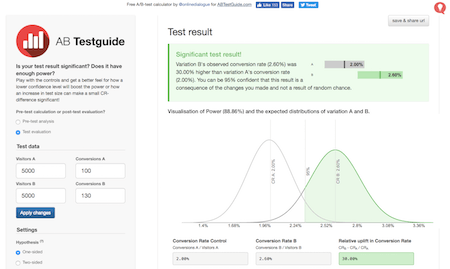 To make your A/B tests more meaningful, the A/B-Test Calculator is there to help. No matter if you want to plan an A/B test or evaluate the significance of a test you already completed, the calculator will give you a better feel for how a lower confidence level, for example, will boost the power or how an increase in test size can make a small CR-difference significant. Handy! (cm)

6. A Curated Collection Of Newsletters

Every two weeks we craft this little newsletter to share resources with you that are just too good to keep to ourselves. And, well, we’re in good company: Just like us, a lot of people in the web community enthusiastically curate, write and send their newsletters on a regular basis. Some of them filled with valuable tips and tricks; others with inspiration or news. 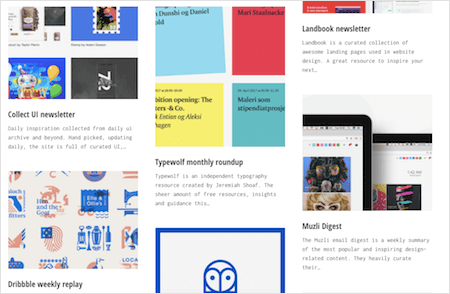 To provide a showcase for all those stellar newsletters out there, Joel Rosen collects them in a curated collection along with other outstanding roundups that are worth subscribing to. The newsletters are sorted by category, so no matter if you’re looking for something about UX, motion design, typography, business, coding, or just some fresh inspiration, there sure is something on the list that has got you covered. A big Thank You to everyone who invests their time into sharing the things they consider worth sharing! (cm)

7. The Largest Dictionary Of Color Names

What comes to your mind when you hear terms like “Bright Nori”, “Paw Print” or “Waffle Cone”? If you’re thinking of colors, well, good guess! Actually, these are only three of the 14,874 unique color names in the massive color dictionary that David Aerne brought to life. 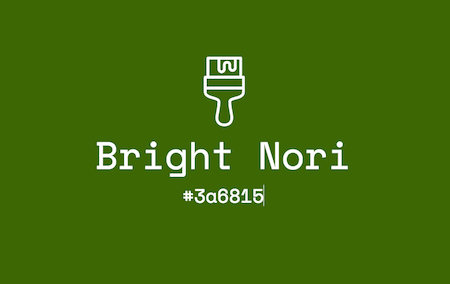 The aim of the project is to create as large a list as possible of unique color names. And, well with almost 15,000 color names featured, the undertaking definitely was successful. The names are merged from various sources and handpicked from thousands of user submissions. You can enter a hex value to find the name for it, indulge in the entire list, or, if you’re feeling creative, submit your own color name. Color inspiration at its finest. (cm)

The way we watch TV is changing. According to a study by Nielsen, over 92% of viewing among US adults still happens on the TV screen. But: What we watch has changed. In fact, Netflix, Amazon, Hulu and the like represent 26% of global online respondents. Given these numbers, shouldn’t we start to think more about designing for the big screen? 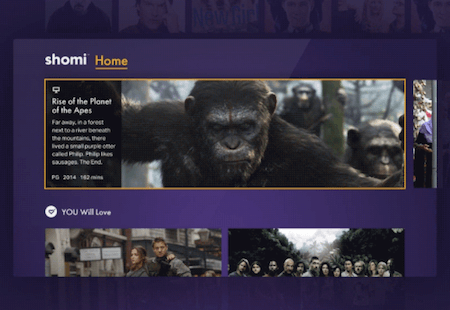 To make us familiar with the challenges and the constraints that designing television UIs brings along, Pascal Potvin wrote a valuable introduction into the topic. Because, well, designing such “lean back” experiences, as he calls them, requires designers to take entirely new conditions into account: viewer distance, remote controls limiting interaction to four directions (up, down, left, right), limits when it comes to color rendering, flickering, and the dreaded overscan (a legacy from the predecessors of modern HDTVs), for example. A good read. (cm)